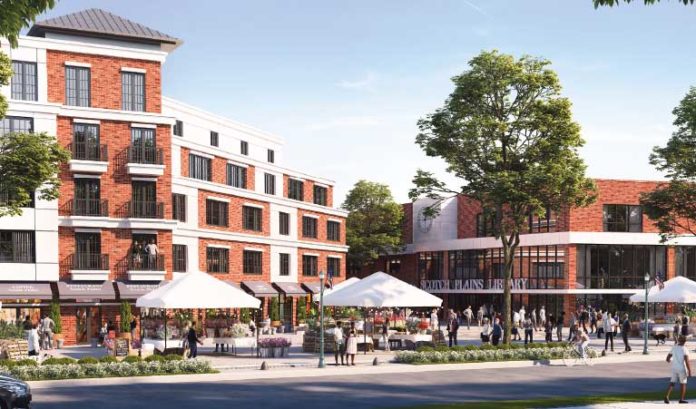 Scotch Plains Mayor Josh Losardo laughs at the idea that the downtown redevelopment plan the town council unanimously approved last week was a result of the pandemic.

The idea of the transforming Scotch Plains into a premier destination for restaurants and residents — one that would help the suburban town compete better with its Union County neighbors of Summit, Westfield, Cranford and now Plainfield — has been kicking around town for much longer than that.

“My predecessors since the 1970s have been calling for a revitalization of our downtown,” he said. “There have been eight major planning studies since 1984, but, for a variety of reasons, none resulted in an adopted plan and very little development has occurred.

“The buildings that were considered old in the ’70s have only gotten older.”

Losardo and the town council are out to change that.

The approved plan calls for 9.5 acres of land in the heart of the town — nearly all of which are owned and controlled by the town — to be turned into a vibrant mix of retail, restaurants, apartments, a new combined library and town hall, convenient and efficient public parking, and public plazas along Park Avenue and surrounding streets.

More specifically, the plan calls for:

Losardo feels the once-in-a-generation project has the potential to impact generations to come — and do so while helping the town meet a lofty affordable housing requirement of more than 500 units. 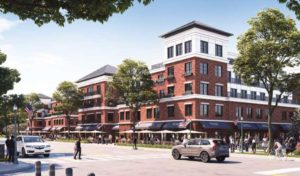 Losardo said the town is using its unmet obligation as an impetus for and an instrument of change.

“We thought, the best way to still maintain the suburban residential character of our town was to put the affordable housing density in the downtown,” he said. “We think, to steal a line from the famous movie, that if we build it, they will come.

“We think revitalizing the downtown will lead to just a greater variety of restaurants and bars and services that people of all ages can enjoy. And we think that will keep Scotch Plains competitive with other suburban communities over the decades ahead.”

Losardo said he’s confident the public efforts will lead private landlords to upgrade their spaces, too. In fact, he said, he’s already seeing it, as some are taking advantage of changings in zoning and density that the town recently adopted.

A church is negotiating with the town to do some development, he said. And a private company, Elite Properties, is working on a development.

“They’re taking advantage of this inclusionary zoning that we put in place last year,” Losardo said. “That’s a positive. And, when everyone sees this town project start being built, I’m hopeful that will ignite a match and inspire these private owners to do more with their properties over time.”

To be clear, this will not be built overnight.

Losardo, who was elected mayor in 2020, said he’s hopeful to have shovels in the ground before he comes up for reelection in 2024. He sees the timeline this way:

During that time, Losardo said the town will begin exploring different programs and grants from the New Jersey Economic Development Authority to help defray the cost. 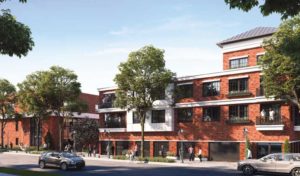 And, while all this will take time, Losardo said he doesn’t mind if that’s what it takes to implement a vision that has been floating around town for nearly 50 years. He knows it’s necessary in an area where there is a strong competition for residents and rateables.

“For years, Scotch Plains residents have seen neighboring towns revitalize their downtowns and attract millions of dollars of new investments and revenue to support public improvements and other priorities,” he said.

“Our plan puts in place a solid, pro-growth framework for downtown revitalization. In today’s economy, with competition between municipalities for jobs and investment, it is critical that Scotch Plains has a comprehensive vision for our downtown, based on sound, smart planning.”

Losardo said one of the reasons he moved to the town in 2008 was for its top school system — one his two school-age children take advantage of. This plan, he said, will provide more incentive for more families.

“We have a fine board of education and schools,” he said. “I consider it one of the most compelling reasons young families move here, but, when they look at our downtown right now, I think what they see is a town that may have been vibrant 100 years ago.

“We’re looking to carefully redevelop our town so that families continue to move here not only for our schools, but a thriving town.”

Insiders say Gilliam’s resignation will have no impact on economic development...