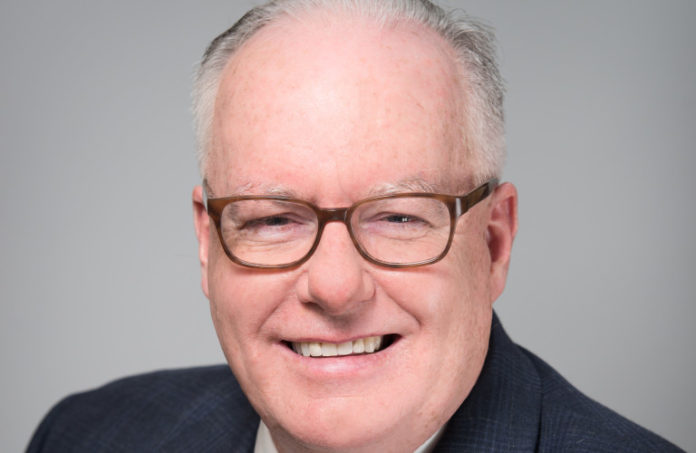 Add up the combined hours of business sessions, product demonstrations and trade conferences all done virtually during the pandemic’s teleconferences and, as Jeffrey Paul puts it, you have more content being broadcast and recorded now than … ever.

“Suddenly, with the pandemic, everyone is becoming a content creator — whether they wanted to be or not,” Paul said. “And, yet, none of that content is searchable.”

Paul is co-founder and CEO of a new local startup, Ziotag, that’s trying to make a business of using artificial intelligence tools to change that. Its solution automatically introduces a table of contents and search elements into long-format videos, such as a trade group’s virtual event or a company’s training videos.

The seasoned tech entrepreneur, who built and in 2009 sold a similar company that wasn’t driven by AI, is out to do more than carve out a niche. He wants to sell people on the idea that what he and his team have been building since late 2019 will be a major transformation across all internet video content.

“Senior leaders of media businesses understand the problem, or anyone pushing out large volumes of long-format videos,” Paul said. “They know it’s a big problem compared to something like blogs, that all this content is not searchable or discoverable.”

At the same time, not everyone is convinced that it’s a transformation that requires a startup’s build-it-from-scratch approach.

Ups and downs of experience

There’s no getting past it. Jeffrey Paul is a 60-year-old guy from Plainsview.

People don’t expect an AI-driven tech startup from a 60-year-old guy from Plainsview.

He described a scenario that’s not uncommon: He gets on the phone with a young, maybe first-year investment house employee. And he gets written off.

At least from his perspective, that’s because he’s not a 30-year-old. It’s what he was afraid of when he started this venture, while he was formalizing his team and doing initial investment raises.

“That was a question I asked our attorney … I said: ‘Is this what’s going to be held against me? That I’m not 27 and I don’t look like Mark Zuckerberg?’” he said. “He laughed and told me that he didn’t think so, and that I had a good offer and investors were savvier than you think.”

Here’s Paul’s pitch for a just-shy-of-retirement-age startup leader: Unlike the young, up-and-coming tech entrepreneur, however much excitement as those figures drum up, he brings experience in building relationships with tech giants such as IBM that dates back to the late ’80s.

“So, to the right people, they understand that,” he said. “Savvy investors, they find comfort in the fact that I’ve been selling enterprise software for more than 25 years. I understand what an executive wants and the level of risk they accept.”

“That’s come up in pitch competitions, where you have 10 minutes to give a pitch and respond to questions, and the first thing that’s always said is, ‘Google could do this in a month if they wanted to,’” he said. “And I say: ‘Well, they didn’t. We have customers because Google didn’t solve the problem.’”

One of Ziotag’s early customers is an organization connected to 33,000 libraries, universities, colleges and K-12 institutions. Paul explained the licensing of Ziotag’s services by that group brings the potential of 160 million viewers to their AI-indexed videos.

The company’s project with that organization has been a massive undertaking for the startup, one it completed in August. It’s also just one of less than a dozen customers Ziotag has landed since unveiling and then refining its product this year.

Paul is convinced that, with further display of the money-saving potential of replacing what humans are paid to do with what can be done automatically, more clients — in a wider array of industries — will come.

“When Adobe came out with the PDF file in the mid-’90s, everyone thought it was sort of nuts, and now you can’t imagine not being able to share these online documents in a consistent fashion,” he said. “We don’t have that for video content right now.”

Paul’s expectation is that Ziotag is a strong candidate to fill that role. And he also expects the startup to have multiple roles to fill, as his team is already being called into different verticals.

In particular, Ziotag’s team is exploring the potential for AI solutions to be applied to work done in call centers. As it stands, employees in these centers have to themselves write a synopsis at the end of calls to give colleagues an idea of what transpired if that customer calls back.

“But, being able to automatically create a synopsis for the call using AI, that would save three minutes for every customer call taken,” Paul said. “Major companies, brands you would recognize, get up to 3 million calls a day. If you’re saving 9 million minutes per day on customer care, that’s a lot of money you’re saving.”

Trust no one: Cyberattacks are growing more advanced, experts say —...