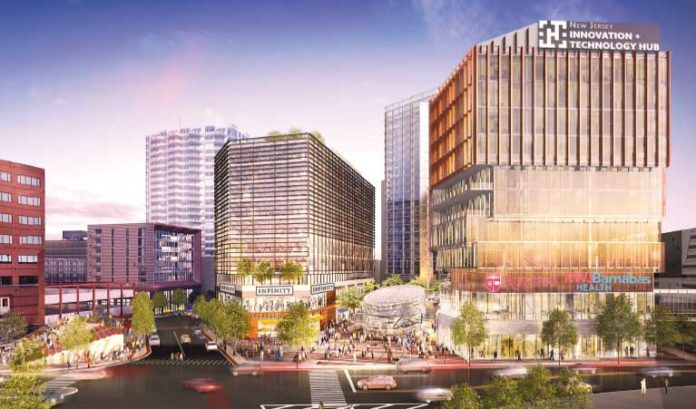 Rutgers University and Tel Aviv University, in an effort to further the collaboration between the two schools, Wednesday signed a memorandum of understanding that will establish a presence by TAU at the still-to-be-built New Jersey Innovation & Technology Hub in New Brunswick.

The Hub, a 550,000-square-foot, $665 million project, will be home to a new Rutgers translational research facility and the Rutgers Robert Wood Johnson Medical School.

“I traveled to Tel Aviv to sign this memorandum of understanding in person because this is an important initiative that reflects Rutgers’ commitment to excellence and our recognition that there is no limit to the power of partnerships,” Holloway said.

Rutgers and TAU have previously collaborated on projects, including a monthly series of joint scientific symposia exploring research topics such as the COVID-19 pandemic, drug discovery, cybersecurity, gene therapy, nanomaterials and ancient and modern identities in Yemen. The MOU will amplify the universities’ alliance by establishing a research grant program to seed what are expected to be enduring collaborations across disciplines between Rutgers and TAU.

The grant program will provide seed funding for up to five collaborative research projects, each with two principal investigators — one from Rutgers and one from TAU — as determined by a selection committee. The selection committee will consist of members from each institution, including Rutgers Senior Vice President for Research Michael E. Zwick and TAU Vice President for Research and Development Dan Peer.

Holloway said the partnership can have real impact.

“Our growing partnership will advance educational and scientific exchanges that will not only benefit our students and faculty, but our local economies and the people in our communities,” he said.

“TAU and Rutgers share the strategic goals of enhancing research through global collaboration and of strengthening the ties between academia and industry,” he said.

Gov. Phil Murphy, who joined the signing virtually, said he is pleased that the New Jersey-Israel partnership is growing.

“Over the years, New Jersey and Israel have enjoyed close cultural, academic and economic ties, and this new collaboration between two of our leading institutions — Rutgers University and Tel Aviv University — will help strengthen that connection,” he said.

The partnership between the universities began in 2020 with a trip by a New Jersey business delegation to Israel to strengthen economic ties and deepen connections between the two nations. The MOU signing was a part of this year’s mission, which was sponsored by Choose New Jersey.

Choose New Jersey CEO Jose Lozano said the Hub is attracting talent from all over the globe.

“The Hub is an extraordinary facility that will serve as New Jersey’s epicenter for discovery, with Rutgers University at the helm,” he said. “This partnership to advance research showcases global interest in our state’s thriving innovation ecosystem and strengthens academic and economic ties between New Jersey and Israel.”

Princeton’s first all-electric bus arrives on campus – many more will...