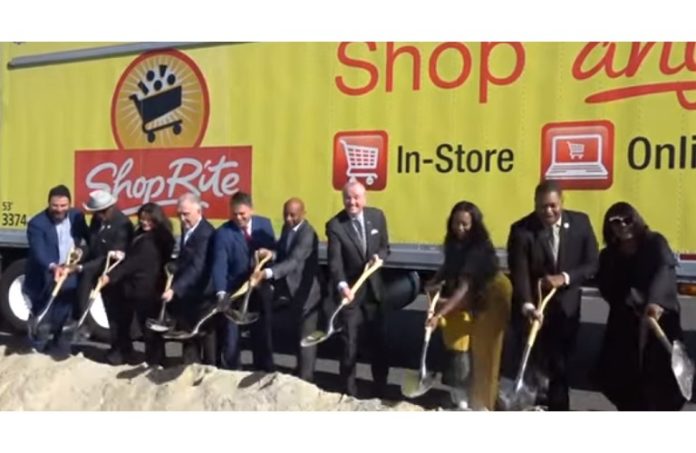 It was a “great day” in Atlantic City on Thursday. Shovels hit the ground for a soon-to-be ShopRite supermarket on Baltic Avenue — the city’s first fully operated grocery store in over 15 years.

The days of Atlantic City being a food desert are over. This new grocery store will serve as a place where residents can purchase the food they need without having to travel outside their neighborhoods.

“A lot of hard work, blood, sweat and tears went into this project. But it goes to show that, when a community works together, with all of its partners, we can do good work. Government does work,” Small stated.

Small thanked Jim Johnson, former special counsel to Gov. Phil Murphy, as being instrumental in getting the project to come to life, after access to high-quality foods was identified as a focus in a 2018 report by state officials on steps Atlantic City should take to return to local control. The report, co-authored by Johnson, highlighted the city’s issues.

“He gave us a roadmap and had some tough questions answered as to what Atlantic City needed at the time,” Small said.

Small said the new ShopRite will be his supermarket of choice when open, and challenged the residents of Atlantic City to support the store and do the same.

“The ShopRite groundbreaking makes today an especially great day in the city of Atlantic City,” Small said. “This project represents a major leap forward in the revitalization of the great city we call home. More importantly, the supermarket will provide additional opportunities for employment while also improving access to the healthy and affordable food options that our community deserves. Thank you to the (Casino Reinvestment Development Authority) team for their commitment to this project and to Atlantic City residents.”

Plans call for the supermarket to have more than 44,000 square feet of shopping space at 1801 Baltic Ave., on a property close to both the Atlantic City Convention Center and Tanger Outlets’ the Walk. The project also includes an approximately 10,400-square-foot mezzanine for administrative support and 227 parking spaces.

“Atlantic City’s days as a food desert are soon to be over,” the governor, also in attendance said. “This is a great day for Atlantic City and yet another example of our administration’s dedication to revitalization and economic recovery that centers the needs of local residents at the heart of our efforts.”

Murphy said he knows everyone deserves access to healthy and affordable food, and that the celebration of the resort town finally getting a grocery was long overdue.

“Being able to make a single trip to a single local store, something many of us take for granted, will no longer be a luxury denied to the residents of Atlantic City,” he said. “Having greater access to the variety of nutritious foods that will be offered here will significantly benefit the health of Atlantic City’s families.”

He also noted that the supermarket will be built union and staffed union. And thanked Joe Jingoli of Joseph Jingoli & Son Inc.  for already committing to using the grocer for its businesses.

Murphy and Small also thanked Matt Doherty of the CRDA. The mayor said he knows he got on Doherty’s nerves with questions every week about when the development would happen.

The authority was instrumental in the approval of an $18.5 million fund for the construction of the ShopRite. Under the agreement, Village Supermarkets Inc. would lease the property for $1 a year to operate a ShopRite on land owned by the CRDA.

“The effects of a food desert on the Atlantic City community have been detrimental to the long-term health of its residents and a stress to this community for years,” said Mo Butler, CRDA chairman.

“The new store will allow neighborhood residents access to fresh food and everything they need for a full first class shopping experience to feed their family right here in Atlantic City.”

The store is expected to create 75 to 100 full-time jobs plus 125 jobs in construction and ancillary jobs.

It is indeed a great day in Atlantic City.