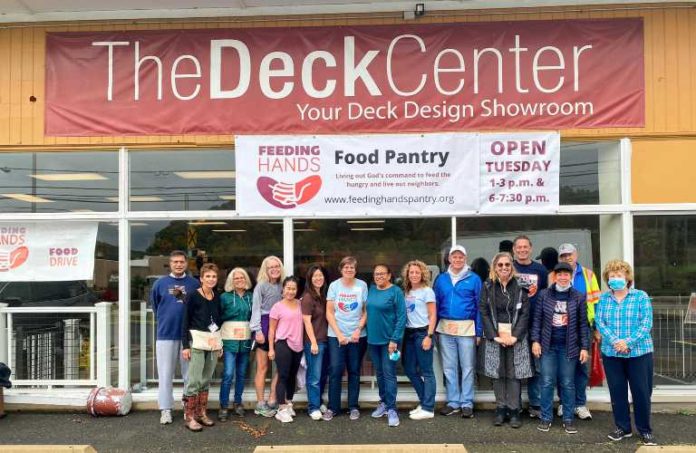 Lois Bennett and her volunteer staff of nearly 400 at the Feeding Hands pantry in Somerset County will be back at again Tuesday, providing approximately 20,000-25,000 pounds of food to nearly 100 families in need from their temporary facility in Somerville.

The effort will be similar to what they did on the Tuesday before Thanksgiving … the Tuesday after the remnants of Hurricane Ida washed out their original facility in Raritan … every Tuesday since the pandemic essentially doubled the number of families facing food insecurity … really, every Tuesday since Bennett founded the organization in 2014.

And, at the federal standard that values food donation at $2 per pound, the day will count as nearly $50,000 in revenue for the nonprofit, even though no money is changing hands. It’s strictly a bookkeeping exercise, but it’s one that is helping to trigger unnecessary — and costly — audits.

Any nonprofit that has more than $500,000 in revenue must undergo an audit of its finances. It’s a number the Feeding Hands pantry did not reach pre-pandemic — and a requirement that is stricter than those for an ordinary business.

The revenue number includes in-kind donations. In Bennett’s case, this would be food — which the pantry gives away and can’t possibly sell. So, even though Bennett estimates the pantry will give away approximately $1 million worth of food (a total determined by weight) and receive only approximately $200,000 in donations, state law will require an audit that could cost as much as $10,000.

Bennett, a CPA, knows the ins and outs of an audit better than most. And she knows that, in this case, it makes no sense.

“It’s providing no value at all — to the state, to our donors, or to maintaining any level of integrity,” she said. “It’s a waste of $10,000 that we could be using to helping those in need.”

It is, Bennett said, an affront to all those who are providing such a valued service.

“The state of New Jersey is saying it believes that people who run nonprofits are not trustworthy,” she said.

The reality may not be as black and white. The regulations around nonprofits are meant to protect those in need. And, if a nonprofit is taking in more than $500,000 a year, it’s not such a bad thing for it to be audited to ensure it is doing what it says it is doing.

How that revenue number is reached, however, needs to be adjusted. It makes little sense for in-kind donations (such as food) or services (such as free legal or financial advice) to be counted toward the revenue total.

As Bennett said, she’s not reselling the food, she’s giving it away — how is that a revenue stream?

Two bills that have worked their way through the state Senate acknowledge this and would change the regulation. The bills, however, are stalled in the Assembly. Bennett said she is speaking out in an effort to move them to the front of the pile during the lame-duck session.

The bills have the support of Assemblyman Andrew Zwicker (D-Monmouth Junction), who was just elected to the Senate, and appear to fall in line with the desires of Assembly Speaker Craig Coughlin (D-Woodbridge).

“I will continue to stress that making sure people aren’t going to bed hungry is a moral obligation, not just a governmental one,” Coughlin said through a spokesperson. “If we, as the Legislature, are in a position to help organizations who are fulfilling that mission and who have expressed a policy need, particularly in a season when people’s need remains high and giving is growing, then that legislation is worthy of our thorough review and consideration.”

How you can help

Feeding Hands pantry was hit hard by the remnants of Hurricane Ida. When the Raritan River overflowed its banks, nearly 6 feet of water did hundreds of thousands of dollars of damage to the facility, which has since been closed. The nonprofit is looking to raise $50,000 to build a new facility. You can donate here.

Pre-pandemic, her group had about $420,000 in revenue (including in-kind donations). Its growth, she said, was tied to filling a need.

“When the pandemic hit, we we’re distributing food like never before,” she said. “’We were told all these people needed to be fed, and we did. To be forced into doing an audit — which we have to do before we can file our tax returns — just doesn’t make any sense.”

And Bennett said eliminating the in-kind provision is just one step. She wants to see the audit-trigger total increase, too — to reflect the increased costs she has to operate.

For Feeding Hands pantry, those costs have jumped considerably. It’s not just inflation — it was Ida.

When the remnants of the hurricane came through Somerset County, the pantry’s previous location took a direct hit.

“It started raining on Wednesday night (Sept. 1), but we couldn’t get into our facility until Friday,” she said. “By then, we had almost 6 feet of water in it. We lost almost everything.”

More than $100,000 worth of food, cleaning products and personal care items were ruined. As were 10 refrigerators and freezers and all of the office furniture.

“By the next Tuesday, we were serving families again,” Bennett said.

The group has found a temporary home at an old lumber and deck facility in Somerville — and has started a $50,000 funding campaign to build a new permanent facility. So far, nearly $41,000 has been raised.

Bennett is hopeful that Feeding Hands pantry will reach its goal. More than that, she’s hoping none of the money raised will need to go an audit.