Home Opinion Op-Ed Why it is imperative to help 1st-generation students get over hidden hurdles...
Facebook
Twitter
Linkedin 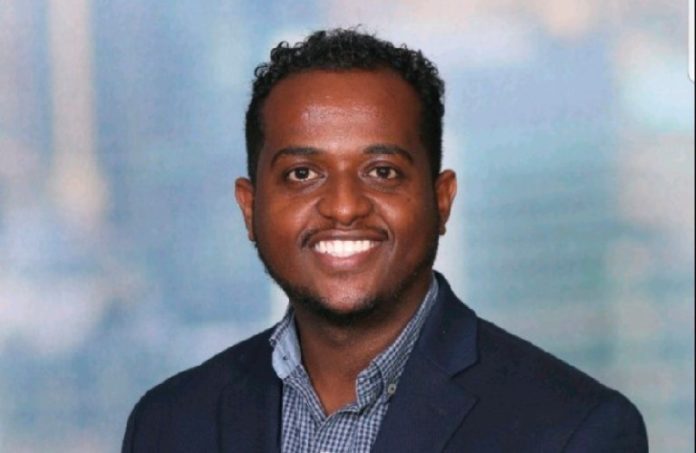 In 2008, Abenezer Degefu, along with his parents and siblings, immigrated to the U.S. from Ethiopia. Like most immigrants, they moved in hopes of finding a better future. In fact, Degefu’s dad had entered the visa lottery every year for more than a decade before winning the jackpot: a chance at the American Dream.

In a new country, where his parents had no experience or networks and were working to rebuild from scratch, Degefu felt the pressure to obtain his college degree and land a job that would put him and his family on the path to economic prosperity. Little did he know, there was more to landing a job than a bachelor’s degree. Many will be surprised to learn this fact: Only 30% of our country’s 1.3 million first-generation or low-income college enrollees are predicted to land a strong job after graduation.

To be clear: This is not due to a lack of talent. Despite getting good grades and obtaining degrees, this group of students often lacks the “hidden rules” of the job search, including the social capital their wealthier peers naturally have more access to and leverage successfully. Where you grow up, where you go to school and where you work can give you a 12 times greater advantage in gaining access to opportunities, according to LinkedIn.

A young person living in a ZIP code with a median income over $100,000 is nearly three times more likely to have a stronger network of people to access for internships, job shadowing, informational interviewing and employment opportunities than a young adult living in a lower-income ZIP code. In addition, networks play a big role in the world of employers when it comes to building diverse teams.

According to Glassdoor, 76% of job seekers and employees report that a diverse workforce is an important factor when evaluating companies and job offers. Yet, companies with less diverse staff are oftentimes limited by their own networks when looking for new hires, which can greatly disadvantage them: McKinsey & Co. reports companies in the top quartile for racial and ethnic diversity are 35% more likely to have financial returns above their respective national industry medians.

Degefu, who double majored in economics and finance at Rutgers University-Newark, believed he had the skills and work ethic to be successful at a top company such as JPMorgan Chase. He just needed a little guidance.

Luckily, just days before an internship interview he had with the financial services firm, Degefu took part in mock interviews hosted by the nonprofit Braven, which offers a “career-accelerating” class at Rutgers-Newark and is part of the university’s suite of career-readiness support for students. He practiced his interviewing skills with professionals in the finance field who gave him real-time feedback and expanded his network.

“The feedback on my elevator pitch and how I was answering questions helped tremendously,” Degefu said. “I got my foot in the door as a global finance and business management summer analyst and overcame one of the biggest hurdles to landing my first full-time job.”

He was right. A National Association of Colleges and Employers spokesperson shared in an interview that graduates who had internships are 90% more likely to get job offers than those who did not. Degefu leveraged his internship experience at the company to land a full-time role as a financial analyst and recently was promoted to associate with the firm’s wealth management division.

“For an immigrant who came here with nothing, landing a job at a top company like JPMorgan Chase is what ‘making it’ looks like,” Degefu said.

In Newark and nationwide, there are so many talented young people like Degefu with endless potential. But they do not always land on the path to career and economic success. We can — and we must — change this.

Bridging our experience as a global leader in the financial sector and as a lifelong Newark educator, respectively, we know that education has the power to transform the lives of students when paired with the skills, networks, experiences and confidence necessary to transition to strong jobs or graduate school. To achieve this, students like Degefu need extra time that an academic course — when paired with career service offerings — affords them to learn and practice these skills in a safe space and get feedback in real-time.

Whether through a course or other vehicle, we can help students grow their social capital by fostering opportunities for students and professionals to work together in ways that mimic workplace structures and allow students to develop the core competencies employers are seeking like building trust, receiving feedback, communicating and networking. Additionally, providing deep experiential career learning opportunities like mock interviews, networking practice or a consulting project where students assist in solving a real-world problem an employer is facing can promote the development of professional connections and provide opportunities for students to practice soft skills with employers.

And, on the employer front, we need to ensure we’re sourcing talent in all places, not just the Ivy Leagues, or we are overlooking talent and diverse perspectives. This win-win approach gives students who may not have strong networks an equitable shot at the American promise.

At JPMorgan Chase, the way talent is sourced has been reimagined through relationships with Year Up, the City University of New York and the New York Jobs CEO Council. Additionally, we facilitate mentorship by exposing local professionals to students who sit outside of their typical networks through job shadowing, career days and mock interviews.

Collectively, and with great intentionality, we can help more students like Degefu get on the path to the American promise. They deserve nothing less.

Alma DeMetropolis is the managing director and manager of the New Jersey market for J.P. Morgan Private Bank. Vince Marigna is the executive director of Braven-Newark.