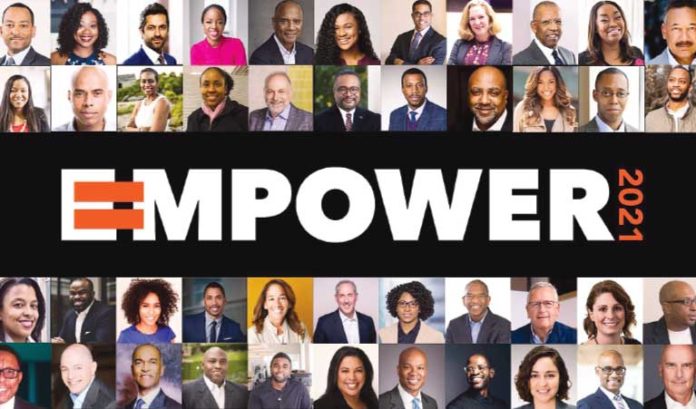 The conference, which was virtual, brought together Black faculty, graduate students, postdocs and other founders in deep tech and social sciences to discuss the common problems facing them. And there were plenty of problems.

As Gabrielle Sulzberger, senior adviser for Two Sigma Impact, based in New York, and a Ford Foundation trustee, said in a panel entitled “Minding the Gaps — Creating Opportunities,” after George Floyd’s murder, a realization came to company boardrooms about how “broad and pervasive” the issues faced by Black entrepreneurs are.

“Along with that has come a real drumbeat of pressure that’s been really helpful, from the combination of employees and customers and institutional investors.”

One of the problems faced by Black entrepreneurs has been well documented: the lack of access to capital and opportunity. What’s been missing from the mix is intention, the intention to change, she said.

“The (venture capital) firms and the (private equity) firms, they’re very smart people, they have a lot of resources, but they’re really good when they have an intention around something,” she said.

She added that she would like to see the firms develop a new playbook that leads them through the steps to providing opportunity and capital to Black entrepreneurs.

Speaking from a financial services point of view, Michael Froman, vice chairman and president of strategic growth at Mastercard, said there is a lot to be done just to bring people into financial services, so they can save that nest egg to begin entrepreneurial businesses, “and take the kinds of risks that are necessary to become entrepreneurs.” He added that there is a lot of unconscious bias that continues to be prevalent in financial networks.

“Venture capital is very male and very white, and good ideas are not limited to that community,” he said. “Ensuring that you have got the kind of diversity around the table that is required to bring in a diverse set of entrepreneurs, a diverse set of good ideas, and ideas that can serve communities that have not been fully served to date (is the real opportunity),” he said.

Rodney Priestley, Princeton University’s vice dean for innovation, who was moderating the session, added that Froman had made a good point.

Priestley asked Sulzberger about the so-called governance gap. She reiterated that most venture capital and PE firms are “teamed by white men.” This category of financing is very important, she said, because it fuels growth.

Referring to the research her company had done on public companies that are financed by private equity and venture capital, Sulzberger said that fewer than 1% of board seats at portfolio companies were filled by Black or Latinx members, and that the situation was even worse in the C-suite.

“These are companies that represent $11 trillion in market cap, (so) we do think there is a systemic issue,” and ultimately a governance challenge, she said.

To help close the gap, Sulzberger works with the Board Diversity Action Alliance, which has been meeting with these companies to provide them with the resources to address this problem.

Solutions to the problems identified during the Empower 2021 conference sessions, and the steps going forward, were the topics of roundtable discussions held at the very end of the two-day meeting.

In a roundtable session led by Michael Wiley, vice president of Foundation Venture Capital Group, based in Princeton, participants suggested making mentoring intentional, establishing a mentoring program that will specifically work to push doctoral and postdoc students forward, and cross-pollinating ideas across the tech and health care geographical ecosystems.

Tech Trends: Some nontech companies that pitched to investors at Founders...