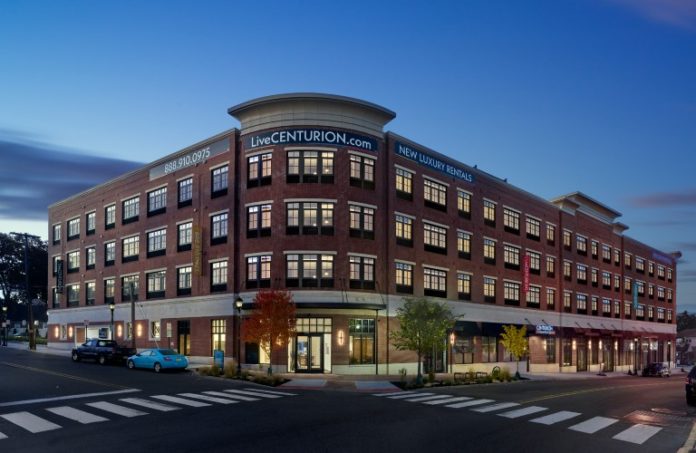 Landmark, the real estate developer behind the series of Centurion rental communities, on Thursday said six new retail leases have been signed in the second phase of Centurion Union Center, which is quickly approaching a lease-up of its boutique apartment homes.

Located at 945 Stuyvesant Ave. in downtown Union, the new signings represent a mix of local businesses, some that have long been a fabric of downtown Union and another that’s chosen Centurion Union Center to enter the local dining scene. Anchoring the new ground-floor retail is Unity Bank, which signed a lease for a new 1,824-square-foot branch that will provide modern space for enhanced services. Joining Unity Bank will be:

“Many of these retailers are staples of downtown Union that have been operating in aging retail space adjacent to Centurion Union Center,” said Manny Fernandez, founder of Landmark. “Qsina 8 is a brand-new eatery and we’re incredibly excited they’ve decided to introduce their dining concept to the community in this building. We look forward to welcoming all these retailers to Centurion and are confident they’ve found a home where they flourish in a reimagined Union Center.”

“We decided to relocate our Union branch to Centurion because it was a great opportunity to be a prominent part of the beautiful facility Landmark has created in Union Center,” said Unity Bank CEO and President James Hughes. “The new 1,800-square-foot branch provides a larger, contemporary facility with the space for enhanced services. Our branch had been located directly across the street from Centurion, so it was a fantastic opportunity to create a better banking experience for customers right in the same neighborhood while supporting an important community redevelopment initiative.”

Landmark has been designated by Union Township as the redeveloper of the Stuyvesant Avenue Redevelopment Project and is infusing a new level of energy and excitement into Union Center, with nearly 300 new homes and approximately 27,000 square feet of retail space housed in four buildings once complete.