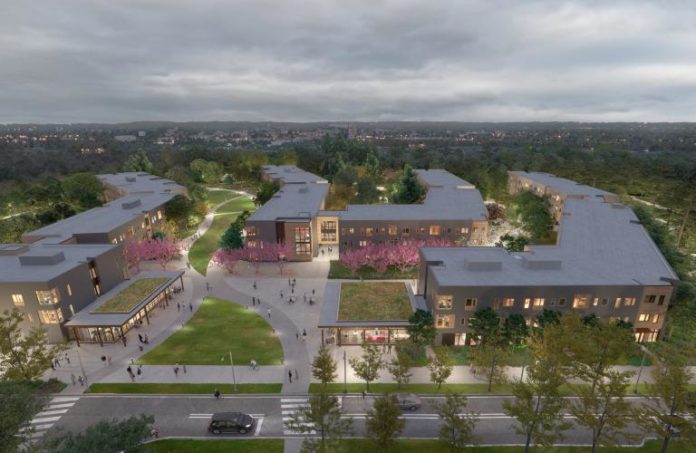 Princeton University leaders will join elected officials from West Windsor Township on Tuesday afternoon for a ceremonial groundbreaking of the university’s Lake Campus, a significant expansion of the school’s grounds that will add graduate student housing, parking and athletic facilities — all done with an eye toward sustainable infrastructure.

The projects, which were approved by the West Windsor planning board in 2020, represent the first major development on the university’s property in West Windsor. University trustees acquired the land — nearly 400 acres bounded by Alexander Road, Lake Carnegie, Harrison Street and Route 1 — more than a century ago.

Princeton President Chris Eisgruber, West Windsor Mayor Hemant Marathe and a number of other officials are expected to be on hand for the ceremony.

Here’s a quick look at what the initial phase of the Lake Campus development will bring:

Princeton officials are proud of the fact the development will be done in an environmentally friendly way.

Additional sustainability features of this phase of development include:

N.J. gets FastTrac location, through partnership

Freshman year for free: Why N.J. would be wise to partner...