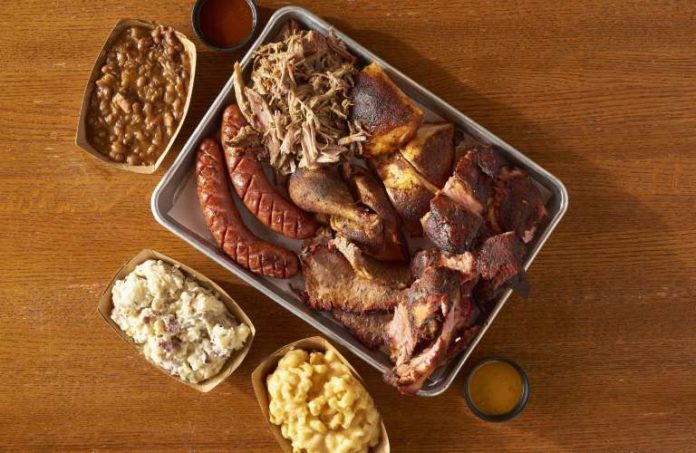 Myron Mixon says his barbeque has won more competitions than any other pitmaster’s in the world — more than 200 grand championships resulting in more than 1,800 total trophies.

On Monday in Hoboken, folks will get a chance to judge for themselves.

The third location of Myron Mixon’s Pitmaster BBQ will open at noon Monday at 618 Washington St., following a ribbon-cutting with Mixon and Hoboken Mayor Ravi Bhalla.

The menu features barbecue plates, sandwiches, snacks, sides, even salads — both for individual and family-size orders. Mixon, of course, is counting on his award-winning taste to win over new customers.

A five-time world champion, Mixon was inducted in the Barbeque Hall of Fame in Kansas City, Missouri, in 2013 and was awarded the Carolyn and Gary Well “Pioneer of Barbeque” award by the Jack Daniel’s World Championship Invitational Barbeque.

Mixon also is a TV personality, as he serves as the executive producer and host of “BBQ Rules,” host of “Smoked” and star of two other hit shows, “BBQ Pitmasters” and “BBQ Pitwars.”

He also is the author of the hugely successful New York Times-bestselling cookbook “Smokin’ with Myron Mixon: Recipes Made Simple, from the Winningest Man in Barbecue.”