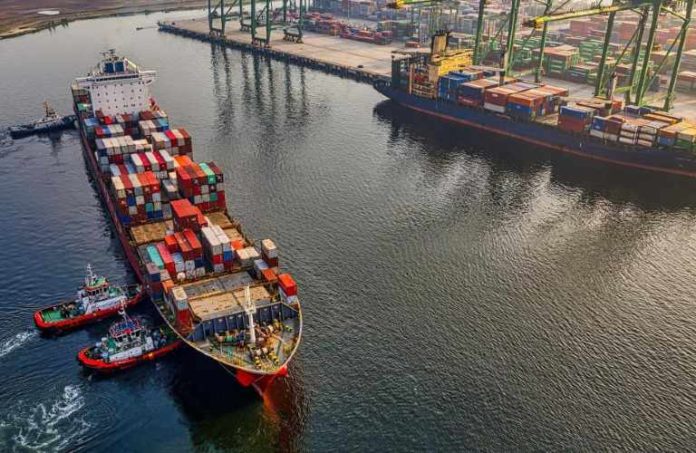 Gov. Phil Murphy started the event at Port Newark with a startling statistic.

According to a recent report from the global logistics firm Shifl, ships leaving China can get to the Port of New York and New Jersey 25% faster than they can reach a port on the West Coast, due to a backlog of ships and processing.

“Think about that,” he said. “It’s anything but a direct line from China to New Jersey. And yet, a ship leaving China today can save itself nearly two weeks’ total time by logging thousands of additional miles and coming here, rather than making a beeline across the Pacific.”

Murphy said he came to Port Newark to bring attention to the efforts. After all, he said, the ports here have not been getting the screen time of those on the West Coast.

“Over the past weeks, our television screens have relayed story after story of supply chain and logistical breakdowns,” he said. “We’ve been shown monthslong backups of cargo ships, of cargo off-port. We’ve been warned of impending shortages of any number of products — and that includes products that are due for our kids.

“But, take a look around.  Those stories and those images have all come from ports on our Pacific Coast. Here at Port Newark and Elizabeth, especially, you’re not going to find those images.”

Through the state’s partnership with the Port Authority of New York and New Jersey, organized labor partners at the port, and private-sector partners including terminal operators, New Jersey’s ports are busier and more appealing to the international logistics and freight industry than ever before, Murphy said.

Actions taken by the state, PANYNJ and its partners include: