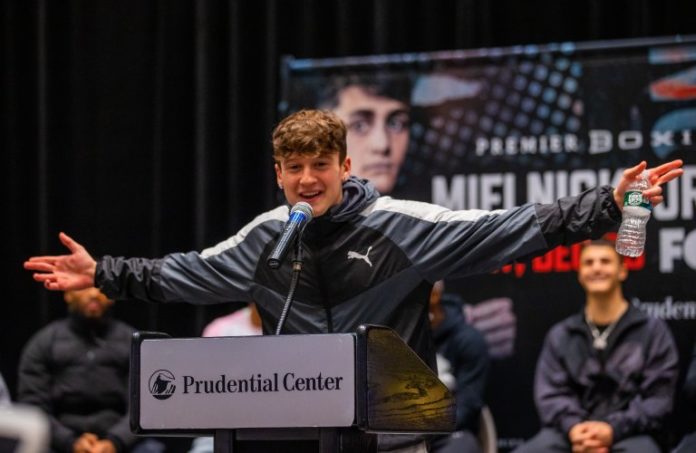 The sports world was abuzz Sunday morning following a big knockout during a Saturday night fight.

Top athletes and celebrities acknowledged the moment on social media. But the buzz was as much about the devastating knockout punch (see it here) as the person who delivered it: Jake Paul — a heavyweight known more for his personality as a YouTube star than his exploits in the ring.

Paul has just five professional fights, but he has drawn more attention than the current heavyweight champ (take a bow if you could name Tyson Fury). Paul — and people like him — may represent the future of boxing as it attempts to crowd its way into a combat sports world that now is dominated by mixed martial arts.

The Prudential Center and promoters Premier Boxing Champions sure feel that way. The Christmas night fights that are coming to Newark have two co-main events. But it is an undercard fight featuring the debut of Hoboken welterweight Vincent Gigante that may attract the most attention. Or, more importantly, help draw the most fans.

Gigante is best known as a TikTok influencer with just under 2 million followers.

Dylan Wanagiel, vice president, sports properties and special events at the Prudential Center, said Gigante’s social media reach is more important than the reach of his jab in the ring.

Wanagiel said the Pru Center and PBC are doing the normal promotion for the event — signs in boxing gyms, ads on the radio, efforts to get stories in the news feed and even social media. But, he acknowledges Gigante may have the ability to top all of that.

The Christmas night fight card at the Prudential Center is still on as scheduled, arena officials said — but they certainly are monitoring the rise in COVID cases in the area. Get tickets here.

“When you get someone who has a really unique number to their following, that only helps with awareness,” he said. “You can get a message out very quickly to a very targeted audience that says, ‘Hey, this is a really cool event coming up that you don’t want to miss.’”

(At the time of this report, the event still is on. But — as the numerous postponements in the sports world Sunday showed — the situation is subject to change.)

Wanagiel said such marketing can help solve the biggest problem in promotion.

“A big part of this business is you never want to have a fan hear about an event after the fact and say, ‘I wish I would have heard of that; I would have loved to have attended that event.’”

Paul has proven that having a large social media following before you enter the ring — or even enter the sport — can pay off for the fighter and the sport.

Other athletes are attempting to cross over. For instance, Paul’s event Saturday night featured an undercard between a pair of former stars from the NFL (Frank Gore) and NBA (Deron Williams).

“Gigante is an interesting addition to this card from a promotional standpoint,” he said. “People who are huge social media influencers who also box is really breathing some new life into boxing in general.

“I think we’ll see even more of that moving forward for sure.”