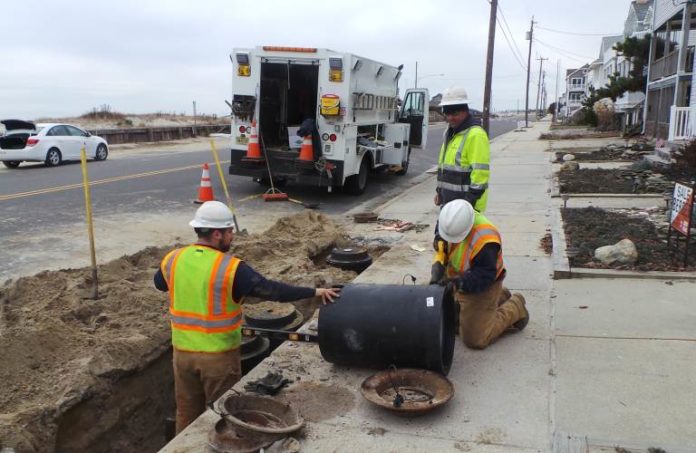 The $1 trillion, bipartisan infrastructure bill’s promise to devote funds to improving water infrastructure was well-received by leaders of local utility New Jersey American Water — because, as they’ll tell you, the need is overflowing.

But, with a tagline that boasts of spending about $1 million each day of the year on infrastructure, the organization conveys that it hasn’t been waiting around for new funds to free up.

The job of managing that massive investment in part belongs to Don Shields, vice president and director of engineering at the Camden-based utility, which serves one in three residents of the state.

“Any funding is great,” he said. “It certainly helps our customers, and it lowers our cost of capital. As you can imagine, the amount of projects needed compared to the availability of funds — the two don’t quite match. There’s always a lot more need than there is funding.”

Much of that pressing need, and what occupies the organization’s long queue of projects, involves contaminants, or so-called “forever chemicals,” that have been more recently linked to harmful health effects by researchers and health officials.

“We’ve spent a fair amount of money over the past few years just dealing with PFAS,” Shields said, referring to polyfluoroalkyl substances, a class of contaminant found in a wide range of waterproof, stain-resistant or non-stick consumer products. “We’ve been spending something to the tune of $40 million in groundwater treatment systems to be well ahead of the curve on that.”

From the infrastructure bill standpoint, there’s a carve-out meant for further eradicating these contaminants. The bill contains $10 billion to help water organizations identify these “forever chemicals.”

To the extent that the local utility, which partners with institutions such as the New Jersey Infrastructure Bank to secure long-term loans, is able to take advantage of those dollars, Shields said, it’ll be happy to.

The caveat is that the organization works on a pipeline of projects, years in advance, based on what its projections and analytics tell it about the condition of water infrastructure. Its annual several hundred million dollars’ worth of investment goes to the highest-priority work.

It’s a steady stream of work that it has capital and contracts for material resources already allotted for — even if those necessities aren’t endless.

“We do a lot of work every single year, unlike a municipality that may have a bond issue or see these infrastructure dollars become available and put bids out,” Shields said. “That’s not to be disparaging, just to say we’re continually making proactive investments, and not as reactive.”

The infrastructure bill also sets aside $15 billion for the replacement of in-service lead water lines, which a Natural Resources Defense Council report once estimated that New Jersey has about 350,000 of.

It’s another area where Shields reports they haven’t waited patiently. The funding is welcomed. But the company is already ahead of lead and copper rules, he said.

“We’ve done a great job — and kudos to our operations team — on maintaining treatment systems so that we can stay in compliance,” he said. “That doesn’t mean we shouldn’t get all the lead out, that’s absolutely the goal. Now, we have in New Jersey legislation requiring all those service lines be out by 10 years. We have a plan in place that would do that.”