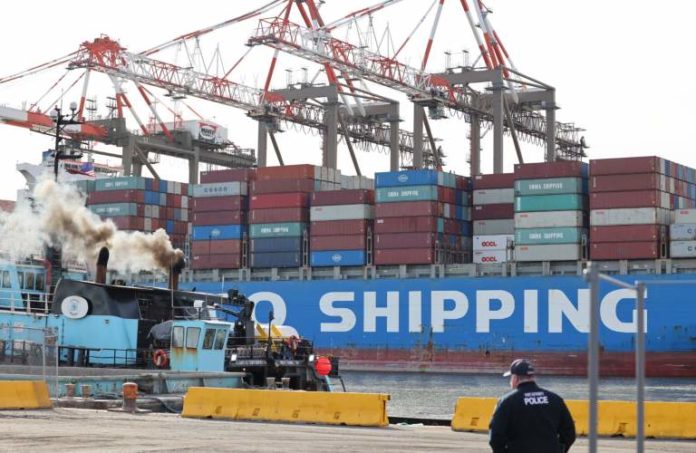 Bethann Rooney, the deputy director of the Port Authority of New York and New Jersey, loves to offer this statistic: While the port can now handle 10 ultralarge container vessels at one time, it’s not at full capacity.

Not even close, Rooney said.

“We’re not done,” she said at a recent event highlighting the port’s efforts during a nationwide supply-chain crisis. “Our port master plan indicates that we are going to double, if not triple our cargo volume that is moving within the United States.

“The commitment, the tenacity, the patience of all of the men and women who have been working throughout this time is really, truly to be to be applauded.”

Rooney was quick to point out the port has been able to handle the current crisis — unlike its counterparts on the West Coast — for one simple reason: Its leaders began planning for all contingencies well before the pandemic hit.

Back in 2014, the port formed the Council on Port Performance, a cross-section of stakeholders and shipping industry executives with expertise in all areas of ocean and intermodal transportation and end-to-end supply chain logistics.

Port officials said the goal of the group is to collaboratively use its knowledge and creative ideas to recommend ways to improve the flow of goods, communication and customer service, ensuring productive and efficient cargo movement for all port customers.

Since the pandemic started, Rooney said the groups have had a biweekly key stakeholder conference call that includes all of the terminal operators, plus representatives from trucking, labor and other key communities.

“We didn’t need somebody to tell us that we need to coordinate and collaborate better,” she said. “It’s been something that we’ve been doing for many, many years, and that has paid off.

“That council has made a huge difference,” he said. “And everyone associated with it deserves a lot of credit, because it was done preemptively and proactively, and not in reaction to a crisis. And, because it was put together, it has helped us deal with a crisis unlike any that we’ve ever dealt with before.”

Port Newark Container Terminal CEO Jim Pelliccio said $425 million of investment infrastructure since 2011 has enabled the port to increase its capacity by 80%. The terminal, which has 10,000 feet of on-dock rail operations, is now capable of handling 2 million containers annually, he said.

“There’s an additional $400 million in projects currently on the books and planned for development here at PNCT,” he said.

He said the need is vital.

“The future possibilities and the further expansion here at Port Newark is real, it is required and is well within our reach,” he said. “The Port Authority’s master plan provides a roadmap for expansion at Port Newark. It was a collaborative effort. Together with the city of Newark, the New Jersey Institute of Technology, the Port Authority and with the support of the (International Longshoremen’s Association) workforce, we are laser-focused on future growth in the region.

“Our priorities today and in the future are built on environmentally sensitive development, job creation and security, strengthening and expanding our public-private partnerships, hardening infrastructure and land use optimization, all setting the stage for innovative growth.”

The pandemic, Pelliccio said, has shown we have no choice.

“It’s clear to me as a marine terminal operator that the fragile and connected nature of the supply chain is more widely understood across the country and on a global basis,” he said.