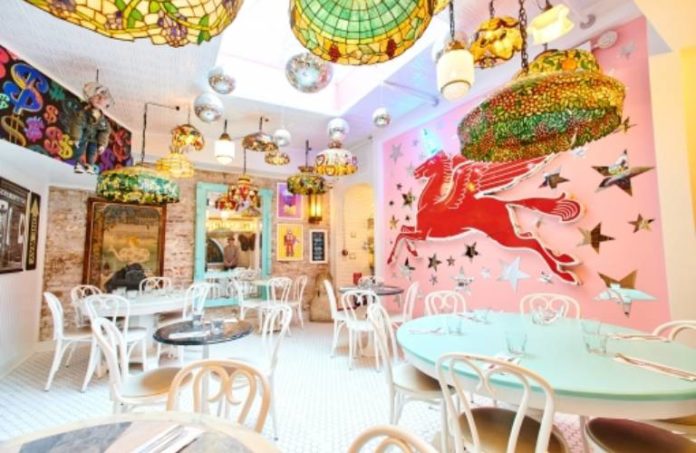 Serendipity3, an iconic New York City restaurant known as much for its decadent desserts as its connections to celebrities and pop culture, announced Monday it will open a location at Ocean Casino Resort next spring.

Serendipity3, which touts itself as home of the world famous Frrrozen Hot Chocolate, will offer a one-of-a-kind dining experience that it said is aimed at transporting guests into a fantasy world filled with great food and dream-sized desserts. The 8,000-square-foot restaurant and adjacent ice cream parlor will feature a whimsical interior with a modern twist and a nod to Serendipity3’s iconic history.

As only the third location outside of New York City, Serendipity3 at Ocean will offer brunch, dinner and late night eats daily. The menu highlights items intended to tap into nostalgic cravings, such as the foot-long hot dogs, over-the-top burgers, pastas and sandwiches. Unique desserts include ornate sundaes, pies, cakes and floats.

And, while Serendipity3 has been around 1954, it works hard to stay relevant in pop culture. It has appeared in numerous movies while gaining a well-known celebrity following, beginning with Marilyn Monroe, Andy Warhol, Grace Kelly and Cary Grant in the 1950s, followed by Cher, Candice Bergen, Melanie Griffith and Ron Howard.

Serendipity 3, the legendary New York City restaurant, has been the setting of three major Hollywood productions, “One Fine Day” (1996) with George Clooney and Michelle Pfeiffer, “Serendipity” (2001) with John Cusack and Kate Beckinsale, and “Trust The Man” (2005) with Julianne Moore and David Duchovny.

The restaurant continues to attract celebrities such as Beyoncé, Ryan Reynolds and Kim Kardashian. It recently announced a new limited partner and investor: Selena Gomez, the namesake of the latest menu item: the Selena Sundae.

Warren Richards, senior vice president of food & beverage for Ocean Casino Resort, said he was excited to make the announcement.

“Located just steps from the energy of Ovation Hall, the addition of Serendipity3 will present our guests with the chance to create memories with each bite in a playful environment that is unique to Atlantic City,” he said.

The announcement comes on the heels of Ocean revealing the opening of the new Hawaiian-inspired casual eatery, Makai, along with Nola’s Bar & Lounge, an all-new nightlife and live music venue.

Ocean recently announced a reinvestment of more than $75 million over the next year, featuring the addition of more than 450 guest rooms and suites.