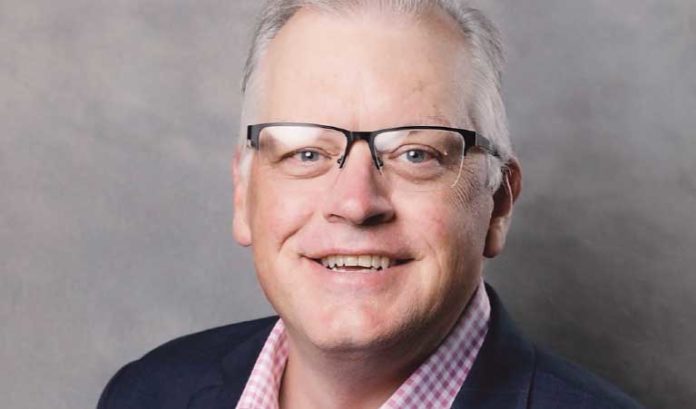 I mentioned it to a reporter at ROI-NJ a few weeks ago. It’s what I’ve dubbed, “the Whitmer Rule.”

“You’ll produce hundreds of pieces of content a year, but the average reader will judge you on just five of them: The four that are the most impactful to everyone, and the one that’s about them,” he would say. “Make sure those are your best.”

Take a pause and then realize the catch. Every story written is that “one” for whoever is being written about.

The not-so-subtle message: Never give half an effort. Never fail to make that extra call or check that extra fact. Never use your overworked schedule as an excuse. Never give anything but your best.

It’s one of the many journalistic lessons I learned from Kevin Whitmer, who recently announced he will be leaving his job as the head of content of New Jersey Advance Media at the end of the year.

While it remains to be seen where Whitmer will go from here, this will be a huge loss for journalism in this state.

Whitmer has been a leader of the state’s largest and still most influential news organization for more than two decades. More than that, he has had a tremendous impact on so many journalists in the state, including me.

I’m happy to be able to call him a former colleague, a mentor and a friend.

Happier still that this is an appreciation column, not an obit.

I’ve been fortunate to have five great mentors in this business: The late, great Chris Simmons and Chris D’Amico — as well as Mike Fannin, Kevin Manahan and Whitmer. All taught me the finer points of journalism: Getting the story right and presenting it in a way that others will see it.

Whitmer taught me the human side, too.

I remember he always looked away from his computer screen, looked me in the eyes and gave me his full attention when I came into his office. It’s a technique I’ve tried to emulate.

I remember being sent to the hospital to visit a writer who had fallen ill.

“I’ll take care of the day-to-day stuff; you need to be there for your staff,” he said.

I remember being forced to network with others in the business at a time in my career when I was much more comfortable putting my head down and getting things done. It led to numerous opportunities.

I got a call early in the morning on that fateful day. My assignment had nothing to do with journalism.

A staffer I was good friends with could not reach his wife, who worked near the Twin Towers. Whitmer said my job was this: Find a reason to call him every hour. And, should the unimaginable happen, go be with him.

That’s far more important than anything we’ll do here today, he said.

Whitmer checked with me for updates throughout the day. By midafternoon, my friend’s wife thankfully had found her way home. I then made my way into the office — where I learned Whitmer (who was then an assistant managing editor) had been put in charge of our Sept. 12 edition, one of the most important in the paper’s history.

He never mentioned that during our calls.

Whitmer has played a huge role in almost every major journalism event in my career.

He gave me my first big opportunities at The Star-Ledger and then — after I left the Ledger for Kansas City, my wife’s hometown — he made the somewhat controversial decision to bring me back as sports editor. When the first year didn’t go as well as it could have, he stuck by me.

Years later, I was elevated to an executive sports editor role, one where I would work with marketing and advertising to produce new products and new revenue streams. One where I was introduced to a hardworking and way-too-energetic sales guy named Tom Hughes.

I eventually left the Ledger for Yahoo. When I was looking for a new challenge, it was Whitmer who told me about a job as editor of a publication I was unfamiliar with: NJBIZ.

A few years later, when Hughes and I were looking to leave NJBIZ and start this publication, ROI-NJ, Whitmer was our first call, seeking his advice.

I still love what I still call The Star-Ledger.

I’m proud that I spent a large chunk of my early career there.

And I’m sorry that the economics of the times make it no longer what it once was.

But that wasn’t a reason to do anything less than stellar work, which the organization still produces on a regular basis.

When I see such work, I still get a sense of pride of being a Ledger alum. And I know that what I call the Whitmer Rule still is in force.

Sustainable hospitals: We know impact of climate change on health —...

A call to change our plates to ‘The Innovation State’