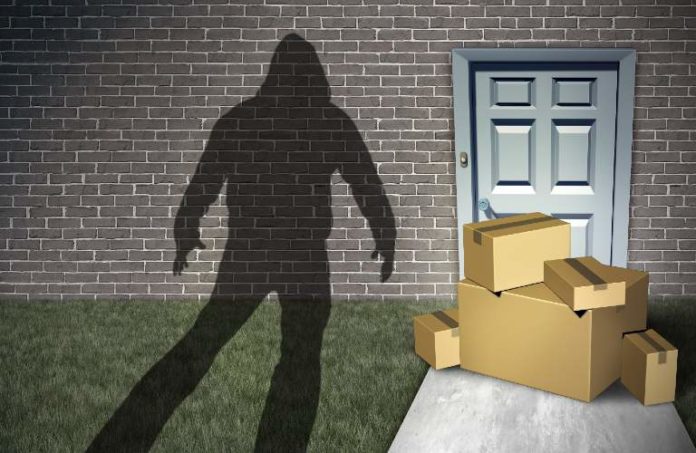 A punishment that includes imprisonment of three to five years, a fine of up to $15,000 or both? That seems about right for someone convicted of being a so-called “porch pirate” — that’s assuming a public shaming in the village square no longer is allowed.

Jokes aside, the bill, A3870, named the “Defense Against Porch Pirate Act,” passed unanimously, 76-0, in the Assembly on Monday, just as the holiday delivery season gets into full swing. And, while it has no chance to take effect this year — it still needs to pass in the state Senate — it’s an issue that’s not going away anytime soon.

“Package theft is a growing problem for online consumers,” Karabinchak said. “As the popularity of online shopping has increased, unfortunately, so has the act of stealing those deliveries from homes before residents retrieve them.”

Here’s the problem: A dollar amount does not always show the importance of an item to the recipient — especially in the case of prescription drugs or a legal document.

“‘Porch piracy’ is a serious crime that can not only result in the loss of expensive gifts during the holiday season, it affects residents who order medication, and have legal documents and other important items delivered to their home,” Karabinchak said. “Taking delivery packages from a person’s property is just as invasive as breaking into a home to steal them.”

The lame duck session of the Legislature produces hundreds of bills that pass in one house but are not taken up in the other. Here’s hoping this one will get a vote in the Senate.

Johnson said he hopes the proposed stiffer penalties will serve as a deterrent.

“Online shopping is very convenient for busy families,” he said. “Unfortunately, an unguarded package on a front stoop can be tempting for the unscrupulous. Stronger penalties can help discourage package thieves and also ensure the penalties under the law match the severity of the crime.”

Mukherji said the bill protects those who have difficulty getting out and about.

“Package delivery is easier for many seniors and disabled residents who are unable to leave home to just run to the store or the pharmacy,” he said. “Having their packages stolen from their front step could mean waiting a long time for medicine they rely on. With this bill, a so-called ‘porch pirate’ will have to pay a price for taking a package that does not belong to them.”

A recent survey by Finder said roughly one in seven (14%) Americans said they have been victims of package theft in the last 12 months, which equates to about 35.5 million Americans and an average value of $156.82 being reported stolen. In total, according to the survey, Americans lost about $5.4 billion from package theft over the past 12 months, courtesy of porch pirates.