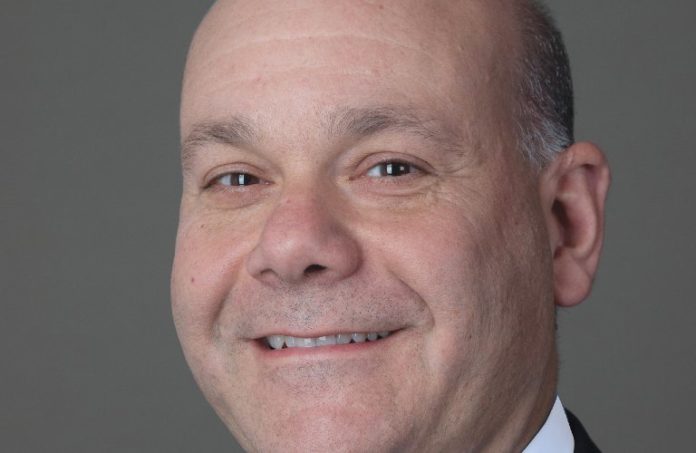 When the remnants of Hurricane Ida reached New Jersey in September, unleashing raging flood waters and powerful tornadoes that led to 23 fatalities and millions of dollars in damages across the state, few places were hit harder than Somerset County.

The impact still lingers for some families and building owners in Somerville, a town that is viewed as a modern-day “comeback” story, with a revitalized downtown complete with new restaurants and housing options for residents. Many are still displaced. And many who live near the Raritan River live in fear of the next storm.

Jack Morris, the CEO of Edgewood Properties who has been instrumental in the city’s revitalization, is looking for answers.

“We care about all the towns we work in,” he said. “Somerville is special — and it’s really upsetting for me to see it like this.

“The elected officials are not taking what happened during this last storm seriously. There were a lot of people who got rescued by boats. I saw it. The devastation was incredible. Unfortunately, there were houses that burned and a lot of bad things that happened, and I know there is something we can do to change it.”

As the largest property owner in Somerville, Morris has been responsible for the revitalization of its downtown.

And, while Somerville has been very successful in the last decade in partnering with various companies to create transit-oriented development projects, Morris said the delay from the local government on this issue has been frustrating.

Morris said Edgewood Properties officials have been speaking with local officials about the changes needed so future storms don’t have the same impact. Morris feels towns need to allow developers to build housing that can withstand the potential impact of major storms.

“This isn’t the first time there’s been floods,” he said. “It’s happened before. And, back then, maybe six or seven years ago, I went to town and proposed a solution to raise the buildings, build outside the flood plains, build new units that have all the latest and greatest fire protection, and build them to the standards of today instead of buildings that were built in the ’60s or ’50s.

“And we got pushback,” he said.

Somerville Mayor Dennis Sullivan is one of those doing the pushing.

First off, he said, getting the people back into their homes is a priority, but he wants to see it done the right way.

“There are a lot of factors at play,” he said. “I would love to see our residents that were displaced back in a new, safe facility as quickly as possible. How we get there is a maze, and it just requires time.”

Sullivan, who has worked with Morris on many projects, said he respects his thoughts on development.

“Mr. Morris is a very credible man with a substantial footprint in Somerville,” Sullivan said. “I’m confident, with the right set of conditions, we’ll be able to strike a balance.”

Morris is hopeful, but not confident. He wants building regulations that he said will help fix the recurring problem.

“Mayor Sullivan and I have a nice relationship, but it just doesn’t seem like the mayor and council want to move this forward yet,” Morris said. “They like the idea, but they’re just not willing.”

Sullivan said there are processes they need to follow, and it all undergoes a very thorough review by the planning board and borough professionals. A detailed analysis and studies have to be taken into consideration.

“We don’t just say, ‘Go build it,’” he said. “There has to be a review by the professional staff to look at the technical nature of things.

“Part of the conditions of approval at the planning board level is that the project meets all current town and state standards for not only wastewater, but storm water management, especially in light of recent events. That is going to be extremely important as we go forward.”

Sullivan said things are moving along.

“I understand that the DEP is in the process now of looking at the regulations,” he said. “We’re expecting some guidance, probably within the first three to six months of the new year, that will be incorporated into our regulations and into our requirements.”

Morris said he has more multimillion-dollar projects ready to go in Somerville. He just wants assurances that there will be changes that allow him to build better, safer homes.

“Somerville is a great example of how cities today can become attractive destinations for families, young adults and visitors,” he said. “But, as we have seen with other towns near bodies of water or riverbanks, we can make changes that take its location into account and build homes that can survive nature.”

Morris said he’s patiently waiting for word from the mayor on whether those changes are coming.

Morris said elected officials need to use their power to do the right thing by people in this instance.

As someone who says he cares immensely about Somerville and its residents, Morris said he wants to make sure that people are safe and protected — and not have to worry about another storm causing them to lose everything … again.

“I can keep rebuilding, but it’s not fair to the people who lose all their belongings,” Morris said. “Landlords and property owners just want to do the right thing to make sure their residents are safe. That is first and foremost to me and to Edgewood Properties.”