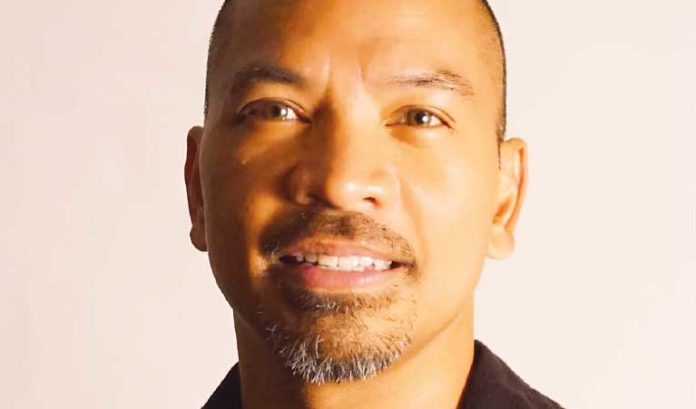 TechUnited:New Jersey’s last Startup Showdown of 2021 featured three startups in the marketing and ad-tech spaces pitching to a panel of investor judges.

The presenting startups were Paid Exposure, based in Toms River, which is developing a marketplace to help small businesses get valuable social media exposure by building their own teams of promoters within their own communities of supporters; Vyrill, based in San Francisco, a fan video discovery, insights and content-marketing platform; and Magnetic3D, based in New York, a startup that provides hardware and software for immersive, glasses-free 3D applications.

Vyrill won the Audience Choice award for the pitch event.

Paid Exposure’s founder and CEO, Ricardo J. Zulueta Jr., was the first to present. The company operates in the world of influencers and businesses. He explained that businesses “are looking for ways to get more valuable exposure.” However, most smaller businesses have no access to influencer marketing, where people get paid to promote businesses. Influencer marketing is an “effective way of getting people’s attention,” he said, but small business owners don’t have the time or experience to take advantage of this. Also, because of a lack of trust, influencers find it hard to convert prospects into paying sponsors.

Paid Exposure’s two-sided marketplace helps both influencers and businesses find a match that works for them.

“By integrating a true marketplace, influencers can gain more credibility with their sponsor history, along with ratings and reviews that can help them build trust to convert more sponsors,” he said. “Our unique system allows sponsors to easily book influencers, the same way we book rooms or flights.”

Doherty wanted to know where the company was in its journey.

Zulueta replied: “We launched the (minimum viable product) sometime last year; we did about $5,000 or $6,000 in business. We were testing it out, so we were trying to see which niche to follow. We are still getting a lot of user feedback.”

During the MVP phase, Doherty’s team figured out that the best path for the company would be to use the platform to connect hyperlocal businesses with local celebrities and influencers.

Speaking for Vyrill, Ajay Bam, co-founder and CEO, said the No. 1 way to convert shoppers into customers is streaming. He called text reviews “old and archaic.” Since 85% of shoppers say they watch videos, videos can build trust, he said. Vyrill’s MVP is a platform that allows brands and retailers to capture video reviews (such as unboxing videos), understand them and then license and leverage those videos for product marketing.

“What makes Vyrill great, unique and special is that we have trained machines to watch and to listen to videos,” he said. “We are one of the very few companies in the world that can match minutes with videos on YouTube.”

And the company has done that with the entire L’Oréal product catalog by product category, brand, competitor keyword and hashtag.

“And, after we manage the video, we parse the audio of text and images for sentiment analysis, demographic diversity, brand safety analysis, subject matter as seen, type of video and engagement analytics,” he said.

Demirali asked Bam how he planned to scale the company. Bam explained that the company had been running a pilot with a couple of major brands, and that there was a big learning curve for those brands. After learning from this MVP, the company has now opened up a freemium Software-as-a-Service model, allowing brands and retailers to come on the platform, plug in some brand names, and see what kind of insights they will get. They can then upgrade to be able to license their content.

“So, essentially, what we’ve done is build an inbound funnel,” he said.

The company has also partnered with trade alliances, so that it can get in front of potential customers.

Last to speak was Tom Zerega, founder and CEO of Magnetic3D. He said that his company “solves an age-old problem, which has kept 3D locked up in the movie theaters for over 100 years: the need to wear those annoying 3D glasses.

“We literally flipped the model on its head, and we put the 3D glasses on the TV,” he said. “The result is holographic content that floats in midair, so that viewers can experience 3D with freedom of movement from anywhere they are.”

Basically, the company places a smart, proprietary, 3D display over the manufacturer’s images on a monitor or TV. It makes money by selling the proprietary displays, software and 3D content. The first customers for this will be businesses, he said.

The company has patents of its own and has also licensed patents from Philips, which has its U.S. headquarters in Cambridge, Massachusetts. Its manufacturing is done in China.

Gunton wanted to know how it was dealing with the disrupted supply chain, since some of his portfolio companies have 12 months of delays and are severely impacted. Zerega answered that the problems haven’t been that great for displays, but there have been intermittent delays.