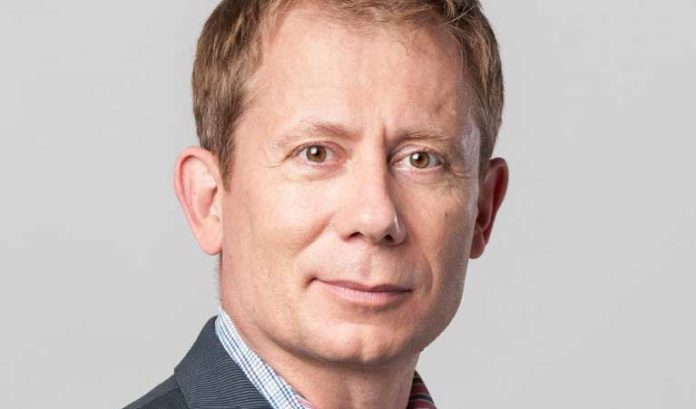 As 2021 comes to a close, Patrick Lockwood-Taylor, president of Bayer U.S., could easily talk about the success of the three divisions of the company: pharmaceuticals, consumer health and crop science.

“This has been a record year for us in the U.S.,” he said. “All three businesses are growing significantly and growing share.”

And, while the bottom line always is important, Lockwood-Taylor said he is prouder of the commitment the life science company has made in two other key areas:

As the executive sponsor of GROW, Bayer’s business resource group for advocating for women’s advancement, Lockwood-Taylor said he is excited about the company’s efforts involving gender equity, an issue the pandemic brought into a greater light.

The same goes for sustainability, where the company has pledged to be carbon-neutral by 2030 — and carbon-neutral across its supply chain by 2050. Bayer also recently announced a $100 million investment in sustainable innovation, production and consumption of its consumer health division.

“We’ve set ambitious goals — and we will be again transparent and accountable,” he said.

All of this goes to the company’s greater vision.

“Our mission is health for all, hunger for none,” he said. “That defines who we are and the difference we’re trying to make in the world.

“It’s an incredibly serving call to action for us as a company. I never hear ‘maximize profit’ as part of our mission. I never do. We are guided by a very high principle. It’s why I think the best Bayer is still ahead.”

Lockwood-Taylor, who joined Bayer in the summer of 2018 and was promoted to the top U.S. role two years later, recently spoke with ROI-NJ about all things Bayer, which has its key leaders at its sprawling 94-acre office campus in Whippany.

ROI-NJ: Bayer has long been a player in New Jersey. Talk about its relationship with the state — and why it has such a large presence here?

Patrick Lockwood-Taylor: I think, first, we need to talk about the U.S., which is about 40% of our global revenue. We’ve invested about $90 billion in the last five or six years here. The U.S. is not only a huge market that is very strategic to us, but our strengths play well here.

So, why New Jersey? Firstly, there’s the pharma corridor, but there’s also the infrastructure, the port, the access to talent and the fact that, historically, this is where so much of the industry has been. In addition, we work well with the state government and the Governor’s Office. We’ve been able to create the right type of incentives that make it very attractive for us to invest here and attract talent.

The infrastructure opportunities for us were very good as well. We’re proud of the campus we were able to create. (It opened in 2013.) Even though we’ve spent almost two years working from home, the campus is very important. We want a pleasant working environment. We want space, good facilities, good restaurants. And we’ve been able to do that here.

I looked at about 200 people, a lot of whom I didn’t know were from New Jersey. So, the first thing I thought is, ‘There is a disproportionate amount of talent across politics, engineering, innovation and the arts.’

I landed on Jack Nicholson (who was raised in Neptune and graduated from Manasquan High). I’ll tell you why: You never forget anything he does. Whether he’s sitting courtside at the (Los Angeles) Lakers or on a movie screen, he carries himself well. You never forget what Jack does, and that’s pretty impressive.

ROI: Let’s talk about your role — or roles. You are president of Bayer U.S., responsible for all U.S. activities of the worldwide Bayer group, but you also serve as regional president of Consumer Health North America, a position you’ve held since you joined the company in 2018. How do you balance all the demands?

PLT: At the end of the day, you can think of it quite simplistically: What are the key questions we need to answer to win? Winning is when we are picking up more end users profitably than our competition. That takes a tremendous amount of focus and work and strategy and resource discipline: What is important? How do we flow resource to it? And how do we support growth and value creation?

That has been the lion’s share of my focus in the last 18 months, since taking on this new role. It’s a simple formula, but it is phenomenally hard to do across 22,000 employees — 32,000, including contractors.

ROI: Phenomenally hard to do during a pandemic, too. Talk about how COVID-19 has impacted your efforts?

PLT: We’ve done a really good job in the virtual environment of organizing as one team. Our assets haven’t really changed. The thing that’s really changed is how we work and what we focus on. And, when your assets are as good as ours, they respond quickly. And we’re seeing tremendously better growth versus our past five-year history.

ROI: Winning, of course, goes back to your team and your workforce. Let’s talk a little more about the efforts to increase gender and racial equity at Bayer. Describe the mission?

PLT: We want a world-class organization. We need that if we’re to be the best life science company in the U.S. We have set a three-year strategy and put a pretty significant focus against it. We’ve got to remove those organizational biases that are inherent in people’s minds to enable us to get the best people in the right roles. And we have to be flexible.

We’ve seen this through the pandemic, where primary caregivers were disproportionately female. This put a tremendous burden, particularly early in the pandemic, on our female managers and employees. We put in a series of programs — and made people aware of the programs that we’ve had — that allowed them to flex, to be able to take breaks during the day to care for their kids.

I’m actually quite proud of where we jumped on this. We’re like all big companies, we’re a bit bureaucratic and a bit slow. With this, we saw it, and we addressed it real-time. When it matters enough, we can do what’s right, and we can do it very, very quickly and meaningfully. And, hopefully, that’s a mindset we carry forward.

ROI: That’s easier said than done. How do you succeed?

PLT: You’ve got to really undo parts of your organization to rebuild it to enable the best talent to flow through. It is incredibly complex. It’s not as simple as saying, ‘We must have X percentage by X date,’ and then it happens.

So, while I think we’ve made progress on gender, we have a ways to go in our senior representation. And we have a long way to go in some of our minority representation, particularly with our Black and Latinx population. We are not where we need to be. But we’re putting in programs for the long term to address that, and we will be transparent and accountable for our progress.

This is an imperative which I think we’ve embraced in a very sincere way.

ROI: The same goes for sustainability, yes? Bring us up to speed on those efforts.

So, our board took a long time to think about it. But, once they decided what they wanted to do and the difference they wanted to make, they held themselves accountable to it.

ROI: Give us some examples of some of the programs you are implementing.

PLT: There’s a lot of work we’re doing with crops. We just announced a partnership with Microsoft for new cloud-based digital tools, which will also help efficiency and effectiveness, sustainability. We use a very neat tool called Field View, which really allows farmers to optimize their crop-planting patterns, leading to much more efficiency and better ecological impact. And we launched a carbon program to reward farmers for carbon-smart practices, such as short-stature corn hybrids, which are much more ecologically efficient as well.

But there’s another aspect to sustainability for us. It’s not just equality, it’s about access. As you know, our mission is health for all, hunger for none. That really defines who we are and the difference in the world we’re trying to make.

This is quite like the pharma approach to health care equity, which is everyone should have access to the latest technologies and innovations. How can we help farmers financially and technologically in order to increase the number of self-sufficient agricultural farmers around the world? This is critical if we’re going to feed 10 billion people.

ROI: Your work has you involved in projects and programs all over the country, not to mention North America and even the world. Let’s bring it back to New Jersey. You came into this role during the pandemic, so your ability to interact with business and government leaders certainly has been challenging. How is that going?

PLT: Working from home has not made that easy. There are a multitude of stakeholders that we need to effectively network and partner with. I’ve met with a lot of elected officials, the governor and a large number of New Jersey’s congressmen and -women. And we are incredibly active in trade associations.

But I can’t wait until we can start getting back out there more in person, because you can never replace the interaction that’s required to get to a long-term strategic alignment — the discussions, the workshops. It’s very difficult to do virtually.