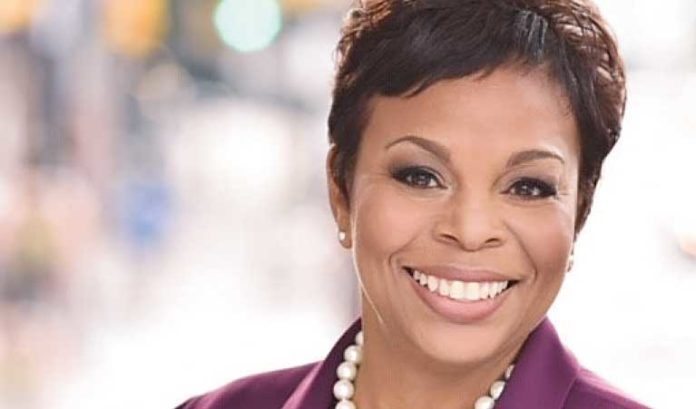 As CEO of the Rowan University/Rutgers-Camden board of governors, she helps the group partner with public and private institutions to develop programs and projects that help the board on its mission of creating educational opportunities, economic development and civic engagement.

A prime example of this was the $70 million Joint Health Sciences Center in Camden, which opened in 2019, creating a more vibrant and sustainable community and health sciences corridor.

“By leveraging the power of these institutions, the center is poised to become the research and innovation hub of South Jersey,” she said at its opening. “This campus will be the beating heart of Camden’s eds & meds corridor, injecting opportunity, growth and innovation throughout the entire region.”

Redd, who recently served on the New Jersey Congressional Redistricting Committee, also is on the board of both the Coriell Institute and the Camden Community Partnership, where she is board chair.

Tying all this together, of course, is Camden, where Redd served as mayor from 2010-18 — helping the city become a national model for urban recovery in the country.

Redd made public safety a priority with the creation of the Camden County Police Department’s Metro Division and its commitment to community policing. She also leveraged and attracted $2.5 billion in public-private investment to stimulate economic growth and job creation, bringing dozens of new businesses to the city. And she led a full state intervention into the Camden City School District to improve academic outcomes for urban youth.

Redd is a strong supporter of current Camden Mayor Vic Carstarphen, whom she feels will continue the city’s growth and renewal.

“I know that he is going to focus on ensuring that our financial fundamentals remain strong,” she said. “We need to ensure that our prudent approach to financial planning continues.”

ROI-NJ recently caught up with Redd to talk all things Camden — what’s working and what still needs to be done.

ROI-NJ: Upon completion of your time as mayor, the city of Camden had achieved a Standard & Poor’s credit rating of BBB+, a first in more than 15 years. This past December, S&P upgraded the city’s bond rating from that BBB+ up to an A-, the highest the city has received in 40 years.

S&P officials said the rating change is evidence the city is fiscally stable, and on the upswing, which is very important to you and other stakeholders in Camden. What else do you see as a main focus to maintaining the city’s momentum?

Dana Redd: We need to focus on rebuilding our housing inventory in Camden in a big way.  Driving homeownership for Camden residents will help stabilize neighborhoods and help rebuild our property tax base. In 2022 and beyond, ensuring we implement a well-thought-out housing strategy is going to be critical to the long-term stability and growth of Camden.

Monsignor Michael Doyle of Sacred Heart Church in Camden. Monsignor Doyle is iconic and holds a special place in my heart.  In 1976, Monsignor Doyle was there to support my family in the midst of a tragedy with an outpouring of love, food and Christmas gifts for my brother Kevin and me.  He was the first person I told that I was running for mayor.

My favorite meal is breakfast! Eggs Benedict over smoked salmon and a side of bacon.

ROI: Housing is great — but it only can follow job creation. Private employment needs to rebound and grow. Talk about Camden Works, an initiative to fill employment opportunities with Camden residents by streamlining the connection between employers and residents.

DR: Camden Works is a privately funded initiative that Camden Community Partnership, along with five other nonprofits, started in 2019. From its inception, and even in the middle of a pandemic, we have placed or supported the placement of over 500 residents in jobs.

ROI: Although things are looking up in Camden, it’s not always so great when you look down. The city still has crumbling roads and sub-surface infrastructure in many neighborhoods. One of the city’s most complained-about problems for years has been the condition of its roads and underground infrastructure. That’s changing. The city’s Department of Public Works filled close to 6,000 potholes this year alone. But it’s still an issue. What other types of infrastructure work is planned for the neighborhoods and communities?

DR: Residents have consistently said that improving the condition of our roads is their highest priority. Thanks to the leadership shown by our congressman, Donald Norcross, and our senators, we now have an opportunity to make a once-in-a-generation investment to improve our roads and underground utilities.

Camden Community Partnership, working with the county, has developed an infrastructure dashboard, which identifies the worst to the best roads in Camden. This dashboard will help us prioritize investment. In the meantime, the mayor and the council have already started investing money to improve the worst roads in the city.

ROI: More housing, more jobs, better roads. Let’s move to another key aspect in quality of life. Camden’s parks have been a big boost for residents and make the city cleaner and greener, with a lot of them being renovated or newly created.

Cramer Hill Waterfront Park recently opened on a site that had been a landfill and illegal dumping area. Paid for with $47 million in state funding, the site’s rehabilitation was long awaited as a place for Camdenites to play, walk or just relax — or even kayak. What other types of greener space projects are planned to continue Camden’s cleaner and greener initiative?

DR: Camden Community Partnership is the program manager of the largest portfolio of park projects in the city. Thanks to investment from the county, state and private funders, we are now undertaking the most ambitious park improvement plan ever in the city.

When all projects are complete, Camden residents will have the opportunity to enjoy more than $100 million in improved open spaces in every neighborhood in the city. This is environmental and social equity in action.

75 towns have at least 1 tract recommended for Opportunity Zone...