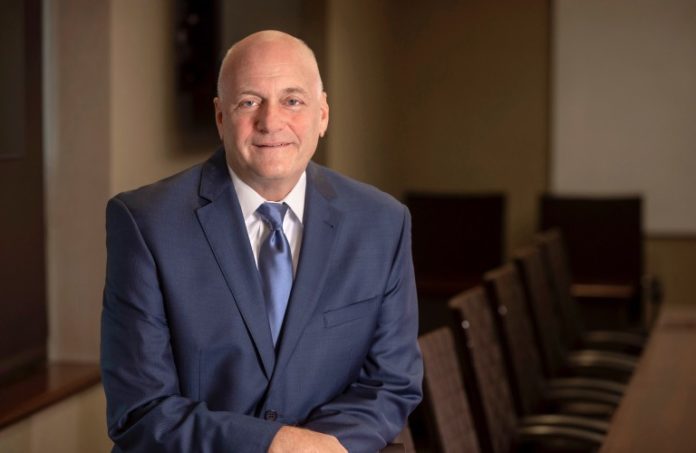 Holy Name CEO Mike Maron doesn’t necessarily need to see the daily COVID-19 numbers the state releases. He has his own barometer — the amount of people flooding the testing centers his hospital operates.

“Our drive-thru testing center is at capacity,” he said. “We’re maxing out, doing north of 500 tests a day.”

The good news: While the numbers of confirmed cases still are up — the state reported 11,889 additional cases Tuesday — the number of residents severely ill from the pandemic is nowhere close to where it was before.

New Jersey officials said there are now 2,979 residents hospitalized with COVID-19 (up 325), including 244 on ventilators (up 21). And, while those numbers are concerning, they are not overwhelming, Maron said.

“We’re seeing an uptick, but it’s manageable,” he said. “It’s nowhere near what we saw in 2020, or the first cycle at the beginning of the year, which was by far the worst. This is this is a fraction of both.

“We are in much better shape than we were a year ago. We have so much more knowledge regarding how to treat this.”

The one thing Holy Name and other health care providers cannot control is a growing fear from the public. That is big driver of how people are responding to the Omicron variant, Maron said.

“Right now, our biggest challenge is the anxiety that’s out there,” he said.

After a period where the public seemingly had grown comfortable with living with the virus, the anxiety is back, Maron said.

“People are coming in and saying, ‘I think I had an exposure,’” he said. “Then we find out they do not have symptoms and it just happened the day before. We have to tell them, ‘The virus isn’t going to manifest itself that quickly.’”

“So, we test them, but it’s clogging up the system a little bit. We’re trying to get everybody just to be calm and understand what’s happening.”

What’s happening, Maron said, is this: While the numbers are going up, they continue to be driven by one factor — your vaccination status.

Holy Name has been a leader in testing — and care — since Day One, when it was one of the original epicenters in the state and the country. Maron said that will not change.

“Throughout the pandemic, we have taken our commitment to our local community, particularly Teaneck, very seriously,” he said. “We opened our doors to our neighbors for testing, vaccination and treatment, always focused on being a good neighbor.”