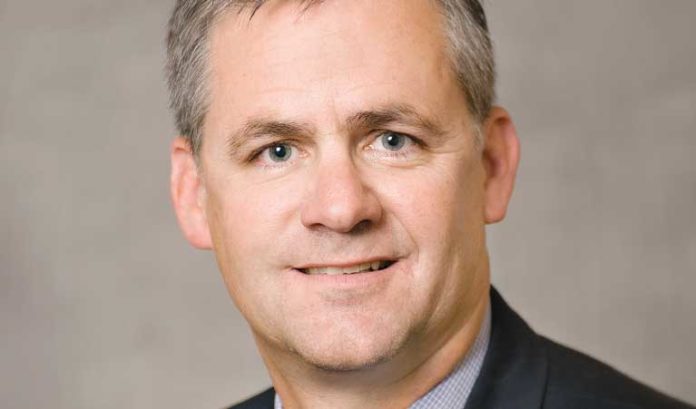 Jim Fakult chuckles at the simplistic go-to description for what Jersey Central Power & Light does.

Fakult, the New Jersey president for JCP&L, knows the company’s role in New Jersey is much greater than that. Yes, making sure everyone has power is the daily chore, but his job entails making sure the utility is serving as an economic and environmental leader for the state, too. One that’s concerned not only about reliability, but sustainability and resiliency, he said.

“Think of it this way: Resiliency can help us improve reliability,” he said. “Ida is a good example of this. We got hit by some historic flooding, and yet, because of the investments we made six, eight, 10 years ago, we didn’t lose a single customer due to substation flooding.

“That obviously was a big issue out of Sandy. But, by building some resiliency into our system — investing in floodwalls, raising equipment and recognizing ways to protect our system — we’ve been more reliable with some of the weather challenges.”

Looking forward is where sustainability comes in, Fakult said.

“Sustainability is becoming a larger and larger bucket of our investment,” he said. “We’re talking about renewable energy, energy efficiency programs, electric vehicles — to me, these are all part of a sustainability of resources. By doing this, we’ll be able to address the reliability and the resiliency part of our efforts, which will help us lessen the impacts of storms.”

And keep the lights on.

Fakult knows that’s the most important part of a seemingly thankless role utilities play in our daily life. But he’s OK with that. Those in the industry, he said, take pride in what they do — and appreciate the impact they have.

“Those of us in this business know what a vital industry we are,” he said. “When you think about it, the whole commerce of the state and the nation revolves around having reliable and affordable energy.

Fakult makes his mark in the state in many ways, serving on a number of business and arts boards. Most notably, he’s the incoming chair of the New Jersey Chamber of Commerce, an organization he has been a part of since coming to New Jersey in 2013.

Fakult recently spoke to ROI-NJ about energy and all things related to the economy. Here’s a look at the conversation, edited for space and clarity.

ROI-NJ: Let’s start with sustainability — which is more than just a buzzword at JCP&L. The company recently was awarded a certificate of innovation in sustainability by the state’s Department of Environmental Protection for the second straight year. JCP&L is the only utility to achieve this. Talk more about the sustainability efforts.

Jim Fakult: For starters, we are expanding our recycling efforts, doing a lot more than just minimizing our waste in our offices. A lot of our achievements were a product of the work performed by the company’s Green Team, a group of employees who have dedicated themselves to various projects focused on revitalizing the environment throughout JCP&L.

We are repurposing and donating utility poles which are no longer in use for things such as bird nesting locations and parking lot dividers, among other uses. We’re recycling more than 5,000 pounds of copper, aluminum and other materials from replaced equipment using sustainably produced construction matting to protect environmentally sensitive areas. We’re participating in numerous environmental restoration projects, including Lopatcong Creek restoration in Warren County, Slade Dale Sanctuary Marsh Restoration in Point Pleasant and Bradley Beach Maritime Forest Restoration in Bradley Beach.

Vince Lombardi. He was more than just a great football coach, he was an incredible leader.

A Marrow Burger from Cavé Bistro (pronounced Kah-vey), a farm-to-table restaurant down at Avon-by-the-Sea. It’s the best burger I’ve ever had — on a gluten-free bun. It’s delicious and healthy.

ROI: That seems to lead right into your energy efficiency programs. Talk about those.

JF: This is something we’re excited about. Energy efficiency was in large part managed by the (Board of Public Utilities) over the past many years. Now, each of the utilities is being given a chance to get more involved. Our program started on July 1 of this year and focuses on a broad selection of energy efficiency programs that will help customers save energy, reduce bills and protect the environment.

The program will run three years, and we expect it to reduce electricity use by more than 480,000 megawatt-hours through June 2024. And the old saying is that the cheapest kilowatt hour is the one you don’t use. This, of course, also goes back to the sustainability question. But more, it’s also who we are. Over the years, our goal has always been to inform and educate our residential, commercial and industrial customers how to use our product more wisely. And, quite frankly, how to use less of it. In the long run, that’s good for everybody, including us.

ROI: So, let’s go back to outages. Talk about the challenges of your coverage area, which often is very woodsy — and what steps you’re taking to improve restoration before the storms come?

JF: We have a lot of trees, especially in Northern Jersey. It used to be that, if we had a branch that falls down on a remote circuit and a fuse blows, we had to send out a truck. We have installed nearly 2,000 trip-savers, which is a relatively innovative new device. Now, in some cases, it can reset automatically. So, customers will see a momentary outage — maybe they’ll have to reset their clocks — but we won’t have a sustained outage and we won’t have to roll a truck out.

Then, there’s vegetation management — just cutting back more of the overhang and doing it further down into the circuits. We’ve always done that in the first mile, now we’re removing the next five miles or so.

We have seen a significant improvement in reliability. In August of 2020, we had Hurricane Isaias, which was another tough storm. We restored 85% of our customers in one-third the time it took us to do that in Sandy. So, we still had a devastating storm, but our restoration curve was significantly faster. And, I think it was due in large part because of these investments.

JF: One thing that comes to mind is our transmission system, which is like the highway system of the electric grid. We’re moving large amounts of power, usually long distances, so it’s sort of the backbone of the system. We are going to do a $200 million project in Monmouth County where we’re going to replace a number of circuits so that, when we have a storm, like Isaias, we’ll have multiple paths where we can route power.

I think the other area that might benefit is with the electric vehicle charging stations, which could serve a tremendous benefit for sustainability by reducing carbon.

ROI: You have been very active in the business and arts communities, too. Let’s start with Paper Mill Playhouse, where you are the chair of the board of trustees. Talk about your passion for the arts.

JF: I believe utilities should be a part of the fabric of the communities that we serve. The Paper Mill Playhouse is a nationally recognized theater that rivals anything across the river in New York — and I believe institutions like that make the community and the state a better place to live and raise a family and grow a business. To me, it’s part of economic development, but it’s really part of the community volunteering that is necessary to build a thriving community.

ROI: That segues into other board roles you have, most notably with Choose New Jersey and the New Jersey Chamber of Commerce, where you took over as chair this summer. Talk about your hopes and goals at the chamber.

JF: For starters, it’s just a pure honor to be the chair at the chamber. To me, it’s the voice of business in the state. And, if you look at the previous chairs, you’ll see some of the biggest names in business (Linda Bowden, Bob Doherty and Amy Mansue were the three previous chairs).

The state of New Jersey needs to be a competitive place for business to want to come and grow and expand. There are a lot of elements that make up a strong state: We’ve got a great location, a great labor force, smart people — we’ve got everything here.

ROI: Give us some key areas you hope the chamber can focus on.

JF: From a pure business side, we have a business summit coming up in April, which will replace the Walk to Washington. I think it’s going to be an opportunity to bring a lot of business leaders and elected leaders together to talk about what we need to do to continue to improve and drive the positive business climate in the state. I think that’s really important coming out of this pandemic.

Another thing I really want to put time and effort into is the area of diversity & inclusion. The recent events of the past year or two have really amplified some of challenges and disparities we have in society. The chamber, thanks to the leadership of Tom Bracken, has partnered with the African American Chamber (of Commerce of New Jersey) to start the dialogue to help improve opportunities. I’d like to continue to really push that as chair.

ROI: It sounds as if your plate is pretty full. A lot of people would have begged off some of these roles — you seem to relish them. Talk about that.

JF: I feel it’s my responsibility as a business leader in this state to donate my time to help wherever I can. The more we can grow the economy, the more we can make it vibrant and robust, the better it is for everyone. We all benefit from a strong state.

Why setting energy standards for appliances will help businesses and save...