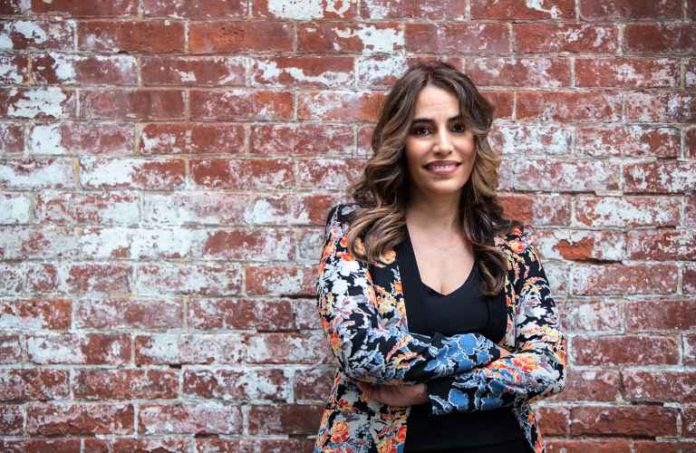 It said: “Only in New Jersey can you go to bed a minority and wake up the majority leader.”

And she said it made her ask herself a question: “How was this possible?”

It was because of her father: Silvestre Ruiz.

Known as the “Little Mayor of the North Ward,” Silvestre Ruiz loved politics — and he loved his community.

“He used to love to stir the pot,” Teresa Ruiz said with a laugh. “He was the one that brought the whole family together and would throw a topic of conversation out and then kind of back away and watch everybody argue it.”

“We had a basement that I called Ellis Island, because everybody would come there first,” she said. “They would get a job and eventually get a place of their own, but this was their first stop after coming here from Puerto Rico.”

When Silvestre Ruiz read in the local Puerto Rican paper that his daughter was being considered for a seat in the state Senate, he eagerly sat with her to talk about it. And he didn’t like her thoughts.

“I told him I was going to politely decline,” she said. “I told him, ‘I don’t want to run for office.’ But we kept talking, back and forth. Finally, he said to me, ‘If you get asked, and you say, “No,” I’ll never forgive you.’”

This is where the story gets sad — where Ruiz has to take a moment to compose herself. Where Ruiz recounts that this was one of the final conversations she had with her father, who was hit by a car and killed a few weeks later.

After mourning … after hesitating … after debating whether it was the right moment for her, she threw her hat in the ring. It was destiny, she said.

“It was never about me, because this was not a path that I would have ever selected,” she said. “It’s not like I woke up in the morning and said, ‘This is what I want.’

“This was a path that was carved out for me because it was critically necessary and needed. There wasn’t a Latino voice at a policymaking decision table.”

When the new Legislature takes over next year, that voice will hold one of the most prominent positions.

Ruiz, who represents portions of Newark and Belleville in the 29th District, recently talked with ROI-NJ about how she’ll approach the role, what she stands for and the difference she can make.

Here’s a look at the conversation, edited for space and clarity:

ROI-NJ: That’s an incredibly powerful story. We appreciate you sharing it. It shows just how much we are a product of our parents and our upbringing. Tell us more.

Teresa Ruiz: I think sometimes people see me and they lose sight that I’m one generation removed from two human beings that picked the state of New Jersey, didn’t understand the language, just were looking to start a better life.

A few years ago, legislators were afforded an opportunity to visit a cranberry farm. And we went bogging. I don’t have a bucket list, but this was just an amazing experience.

As a girl from North Jersey who grew up seeing the Ocean Spray commercials but not connecting it New Jersey, to actually get to do it was amazing. I was like a little kid in the bog with the cranberries. I know it sounds hokey or dokey, but if anybody gets an opportunity to go bogging, they should do it — it’s extraordinarily fun.

ROI: As the Senate majority leader, you now represent an ideal for a next generation. What is that like?

TR: It’s just been an overwhelming and surreal experience. I got so many text messages from colleagues across the country and from people in Puerto Rico who really stay in the tune with politics, just saying, ‘Oh, my God, this is really happening.’

I don’t fully understand the intensity of being a face in a space where our constituencies haven’t seen us. Maybe in January, at the swearing in, it will hit me.

It’s not that I don’t get it. I do. I just don’t think I have the words to measure what is currently happening right now.

ROI: Of course, what’s happening is that you are one step higher on the leadership team. How do you think it will be different than your role as Senate president pro tempore, a role you’ve had since 2018?

TR: I was very fortunate to be part of a leadership team that listened to each one of us — we had very passionate discussions. So, I was able to weigh in under (outgoing) Senate President (Steve) Sweeney’s framework for what bills were posted.

We had a very good cohort that really moved extraordinary agendas along. Many of us are still in the leadership roles, but in different capacities. So, I don’t think it’ll be extraordinarily different, but it may give me an even greater platform to talk about agendas that I’ve been committed to since I was first elected to office.

ROI: Let’s talk about some of the things you are passionate about, starting with education. You have been the chair of the Senate Education Committee since 2010, and you also serve on the Higher Education Committee. Why is education such a passion for you?

TR: I’ve been laser-focused on education because of my family experience. I know that, when a child is afforded an opportunity to get an excellent education in preschool through 12th grade, obstacles get pushed aside. We develop a better human being, one that has the capability of becoming a taxpaying member of our society who thrives and fulfills their God-given potential.

ROI: Some may not know about your impact on teaching — how you led the fight to change tenure proceedings in schools. (Teachers now must teach four years before they are eligible.) You also are leading an effort to modify some requirements that make it more difficult for teachers of color to be hired. Talk about these efforts.

TR: There was a phenomenal teacher at a charter school, but she could not pass the Praxis exam — she struggled on one part, geometry. Now, if you are a person that came out of an underperforming district where you weren’t exposed to all of these math skill sets, then you go into college and you don’t need to revisit them because of what you are studying, you’re going to have difficulty passing those areas. But that doesn’t necessarily mean you aren’t qualified to teach.

These were the stories that we were hearing, and the majority of the people they were impacting were people of color who were trying to get into the workspace. The thing that really drove it home is how few students in the state see a person of color in the classroom. It’s crazy. When our children see themselves in these different spaces, they begin to see a future that’s different.

ROI: We’re a business publication at our core; talk about your impact in the business community.

TR: It starts with education. I think the business community understands that what happens in our classrooms impacts all of them. And, so, the focus has to be that we continue to raise up our education standards so that our employees for all the business sectors are qualified and capable individuals. And I think it is important for the business community to create more apprenticeship programs, too, so more people can experience more opportunities.

We have to help businesses, too. I was one of the sponsors of the bill that overhauled the tax credit incentive program, and I was instrumental in initiatives to helped small businesses.

Here’s what I see moving forward. We’re going to get billions of dollars in infrastructure money. I think we have a once-in-a-lifetime opportunity to really make sure that we connect big business with small businesses, with women-owned, minority-owned, veteran-owned businesses — so that the benefits of this infrastructure will not solely come in the way we’re improving roadways, but also by making sure that the financial resources that come in are really spread out.

ROI: Let’s turn back to Trenton. You assume the role of majority leader at a time when the two parties seemingly never have been farther apart. How can you help bring both sides together?

TR: My record speaks for itself. I got quite a few bills done under the (Chris) Christie administration, and that was a true balancing act of working with everybody.

I’ve always said this: If it is going to feed someone who’s hungry, save a life, make the community better or make sure that a child has an opportunity to reach extraordinary levels in their future, I’ll work with everyone and anyone to be sure that it happens. That doesn’t change because you are of a different political party.

I do have my social views and I won’t move away from that — because we also have to be honest in these conversations. There are constituencies that have been left behind for decades, for centuries, so we have to really grapple with all of that.

That’s why I say it’s important to speak the truth. The best thing about my entrance into the Senate wasn’t because I knew exactly what I was doing and knew all the issues. I didn’t. The thing that made it perfect was that I was a Latina. I was at that policy-making decision table to offer a different voice. We know that, the more diverse our workspaces are, the better they become, just because of the nature of the human experience and what we bring to it.

ROI: From what I’ve learned, you sound like Silvestre Ruiz’s daughter. Tell us, how proud would your dad be of you today?

TR: I can only imagine how much he would have been boasting. But, I have to tell you how proud I am of him. I still remember when I first started knocking on doors, everyone would tell me, ‘You’re Silvestre’s daughter, I have a story for you.’

Ruiz then breaks her promise. She starts to get emotional, thinking of the man who stays with her to this day. She steps away from the Zoom call and pulls out a newspaper clipping she has had since 2007, when she was elected for the first time.

“There were a lot of signs during that whole timeframe,” she said. “I’m not a horoscope person, but the day after I get elected, this was in The Star-Ledger, no joke.”

She reads it out loud:

“Your dreams belong to you, but, more importantly, you belong to them. Let them lead you. Do not doubt that the path you have stumbled upon is the right one for you. You’re not here by mistake.”

“That was my dad,” she said. “Talking to me the whole time.”