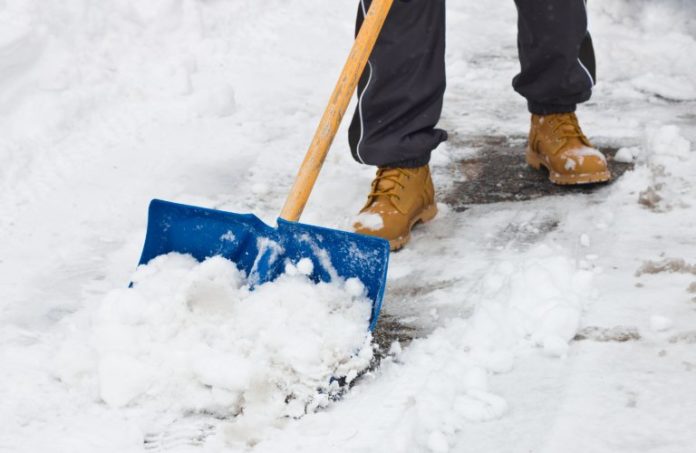 Dr. Thomas Brabson, chairman of emergency services and physician leader on AtlantiCare’s Incident Command Team, has spent the pandemic worrying about such patients. But Monday’s snowfall also brought back a familiar concern: Worry about those taking on too much when it comes to shoveling out.

“I think, in this case, an ounce of prevention is going to be worth multiple pounds of cure,” he said. “We try and get the word out to the public that they need to be very cautious when they’re shoveling, especially with this storm, with the depth of the snow and the weight of the snow.”

Brabson said he always stresses that those in an emergency or crisis situation should call 911 immediately, especially if they are experiencing symptoms of a stroke or heart attack

“If you do decide you are going to shovel, be aware and cognizant of how you are feeling,” he said. “If you have any difficulty, stop immediately. If you start to experience any difficulty, especially if you’re experiencing any chest pains or shortness of breath, or any lightheadedness or dizziness. It’s a weakness. You have to stop right away.”

Brabson had a number of concerns Monday.

Due to the winter storm hitting the region, AtlantiCare adjusted its hours and operations. As of 3 p.m., many programs and services did close or were offering telehealth services only.

As a physician leader on the Incident Command Team, it is Brabson’s job to make sure all of the resources are deployed and adjusted to as necessary — everything and everyone from the emergency departments to the pre-hospital care providers and the EMS, as well as the incident command structure in the hospital.

Of course, this being a pandemic, COVID-19 certainly was on the mind of many.

Brabson said a number of people came to the emergency department with suspected Omicron variant cases. Some were admitted — many others were sent back home. And, as is always the case, those who are fully vaccinated tend to not be as sick as the people that are not vaccinated, he said.

“We’ve been able to discharge a large number of people that have come to the emergency department,” he said.

Many left with a message: Emergency rooms should be used for true emergencies, not as COVID testing sites, Brabson said.

“What we’re trying to make sure that we’re educating the public on is that the emergency department is there to treat emergencies, and it shouldn’t be used as an alternative site for COVID-19 testing,” he said.

By the end of the shift, Brabson headed home. And, he admitted, a little shoveling was waiting for him.

The hope, he said, is that Tuesday will be a more normal scenario even with the first snowfall of 2022 dumping record amount of snow in the area. Atlantic City itself received 9.5 inches of snow by the end of the storm. AtlantiCare said it does expect to be operating on its regular schedule of hours.