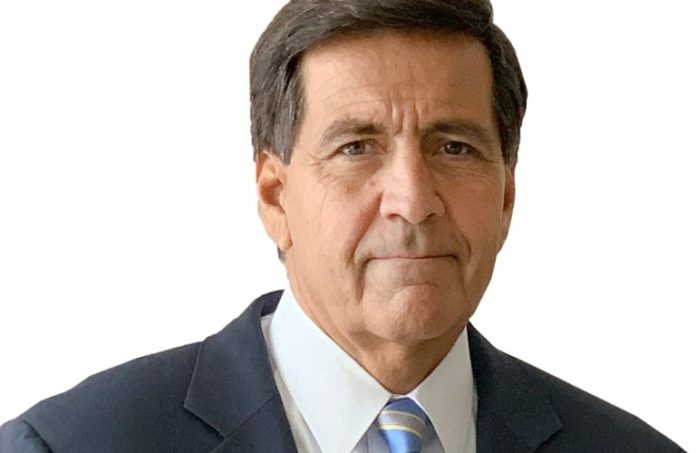 “You have to recognize and admit that Jan. 6 was an attack on our democracy and an embarrassment to the country — period, end of story,” he said.

Palatucci has been consistent with the truth: He shared this same view Jan. 6 of last year (read his powerful thoughts here) … and that was after two months of clearly stating that President Donald Trump had lost to the 2020 presidential election to Joe Biden. Fair and square. It’s a view that was contrarian to how many Republicans felt then and even now.

So, keep this honest reflection and recognition in mind when you hear Palatucci talk about Nov. 2, 2021.

Palatucci said that date was a turning point day for a Republican Party in the state that many felt had been left for dead. A turning point he feels will help Republicans rise during the midterm elections — despite a redistricting that didn’t go the way the party had hoped.

“Trump was such a dreadful candidate in New Jersey in 2020. Looking at that, you would think we would lose all the districts except for (incumbents) Jeff Van Drew (in Congressional District 2) and Chris Smith in CD4. But, when you measure the new districts against the vote totals in 2021, we’ve got chances besides our two incumbents. There’s certainly Tom Kean in CD7, but also opportunities in CD3 and CD11 and other places.

“The reason that Republicans in New Jersey and Virginia see things much more positively is because we were able to keep the Trump voters, but without Trump,” he said. “We had great success last year. Jack came so very close last year, we swept all these races in South Jersey and picked up seven legislative seats.

“I’m optimistic that, at least here in New Jersey, like Virginia, we’ve figured it out. The objective for 2022, as a Republican, is to keep that formula working for us.”

The formula is simple.

Yes, there is an attack on the other side, as always.

“They’re way too left,” he said. “They try to pretty it up by calling themselves progressives. But they’re scaring suburban voters.”

But, more than that, there are issues to run on, Palatucci said.

“When Jack Ciattarelli talks about kitchen-table issues, he’s referring to school districts, police departments and health departments,” he said. “And that’s what, in the era of COVID, people are talking about.

“Yes, we always will talk about taxes and prudent spending, but if Republican candidates can keep those three things in mind — control of school districts, police departments and health departments — we’ll be OK.

As the Republican national committeeman from New Jersey, Bill Palutucci’s job is to support every candidate of the party. Of course, he has to pick and choose areas where he feels the party can win.

Last November, that was not District 3, where Republican candidate Edward Durr stunned state Senate President Steve Sweeney (D-West Deptford) in one of the biggest surprises in state history.

“Nobody saw LD3 coming — nobody,” he said. “I was fighting day after day with our national committee, which I’m a member of, for more funding for key districts. But we were always talking about, 2, 8, 11, 16 and places like that.

“And, when I was talking to national groups and national consultants, nobody ever brought up District 3. Nobody saw it coming.”

“It comes back those kitchen-table issues. Jack was 100% right. And that’s why we did so well last November.”

Republicans did so well without much help from the national organization, too.

“When I talk to national people now, the first thing they do is apologize for missing the opportunity last year, both for Jack and some of our legislative candidates,” Palatucci said. “They are kicking themselves that they didn’t believe us when we were telling them how close this race really was.

“They understand now that New Jersey is a different animal, that they need somebody like Youngkin or Ciattarelli who can appeal to blue-collar voters, the old Reagan Democrats.”

Not the MAGA crowd.

“Donald Trump is not on their mind when it comes to states like New Jersey,” he said.

Palatucci, whose history with the Republican party in New Jersey goes back to his time with Gov. Tom Kean in the 1980s, has been around long enough to know that parties need to keep looking forward. He knows that feelings can change quickly — and that candidates can come and go just as fast.

This November is still a ways off. Races won’t heat up for some time. In fact, not all the candidates are even known.

“I don’t think we’re done seeing candidates who will be announcing, because the map is so new that people are trying to figure it out,” Palatucci said. “But I’m optimistic there, too, because Ciattarelli ran so strong when you do the math in these new districts.”

Until then, he’ll continue doing both of his jobs — Palatucci is on the government affairs team at McCarter & English — while helping candidates find the right message.

“It’s a terrible memory,” he said. “For me, it’s as bad as 9/11. It’s a really sad, disheartening day — and something that I hope that we’ve all come to recognize and learn from.”