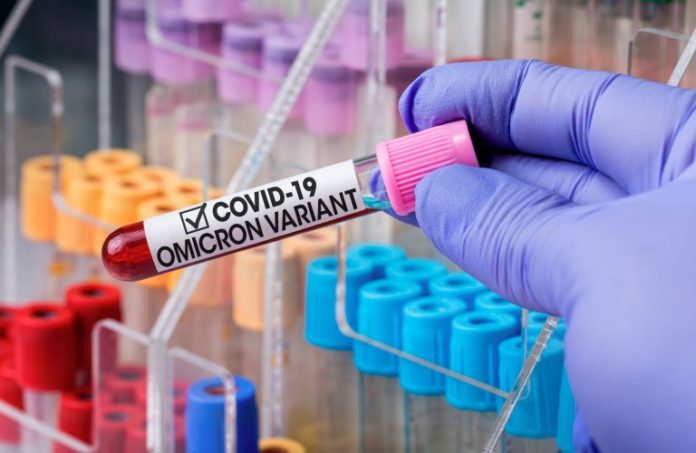 There are a lot of ways to describe the we-simply-don’t-have-enough-health-care-workers-to-handle-this-wave staffing crisis that is going on in hospitals around the state, if not the country.

As CEO of RWJBarnabas Health, it is something that Barry Ostrowsky said his team deals with around the clock.

“It takes literally hourly management and leadership to ensure you have the right level of personnel bedside and supporting the bedside personnel,” he said. “And that has been the case through the pandemic.”

Hospitals are again struggling to find enough staff. The surging wave of cases from the COVID-19 Omicron variant hasn’t helped. Hospitalizations have now exceeded 6,000 — a number the state hasn’t seen since the opening months of the pandemic.

The handful of hospital CEOs that ROI-NJ spoke with last week did not dispute those percentage estimates. Many said they are nothing new.

Dennis Pullin, the CEO of Virtua Health, said it is “creating challenges.”

“We’ve been dealing with that now for the last two years,” he said.

Gary Horan, the CEO of Trinitas Regional Medical Center, called it a “daunting reality” that appears to be getting worse.

“We didn’t have these kinds of shortages when COVID first started,” he said. “But this Omicron just spreads so quickly that it has taken so many of our people out of the system.”

Mike Maron, the CEO at Holy Name in Teaneck, said the long-term outlook is just as tough. Finding additional personnel to assist has been nearly impossible.

“I’ve never seen this many vacancies in 34 years here,” he said.

Pullin said the frustration level in the staff continues to grow — mainly because of the unwillingness of residents to get vaccinated. Those are the patients filling the hospital.

Or coming to the emergency room — which is creating other types of workforce issues.

Horan said Trinitas has become a community health center, which it is not meant to be during a pandemic.

“Patients are coming in just because they want to be tested, not because of an emergency reason,” he said. “They may need a test just to be able to fly someplace or go visit someplace. The problem is, once they get registered into the emergency department, you can’t just say, ‘Oh, we don’t do the test, go home.’ We have to see them.”

Maron said all of these issues have made some health care workers finally say, “Enough is enough.”

“And these are some of our most dedicated people,” he said. “It’s people who have worked for us for 30 years who have just said: ‘I’m tired. I’m burnt. I can’t do this anymore. I’m retiring right now. I love the hospital. I love what I do. But I just cannot do it anymore.’”

Maron doesn’t blame them a bit. Like everyone else, he said, health care workers are examining their day-to-day existence.

“I think the virus has caused a lot of people to reevaluate how they live their lives,” he said. “They are trying to find the balance between their commitment to their jobs, to their community and to themselves.

“So, with all this crashing at the same time, there’s a great reassessment going on. When I talk to our employees, which I’ve been doing a lot lately, it’s the No. 1 thing we talk about. Workforce challenges is what keeps me up at night.”

Ostrowsky said there is only one positive to this crunch: It has provided a new way to show the dedication of health care workers, he said.

The recent CDC guidance adjustment — allowing for workers to quarantine for only five days instead of 10 — was felt immediately, he said. In a way Ostrowsky did not necessarily expect.

“When that new policy was made by the CDC, we had a wave of people who were out with Omicron come back to work when that sixth day hit,” he said.

Ostrowsky said he was overwhelmed by the response.

“Here were people who no one would question about staying at an extra day, staying an extra five days — and, yet, they decided they were going to come back and face the challenges that they faced throughout this pandemic, when no one would have faulted them for taking an extra couple of days,” he said. “That probably is the most gratifying thing that I’ve seen amidst this.

“This is another tribute to health care workers.”