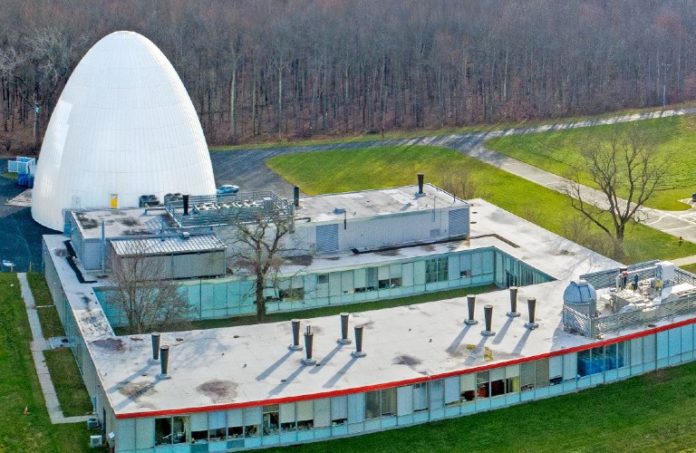 NAI Fennelly said Tuesday that it has been tapped to market 31 Shalks Crossing Road, a 50,150-square-foot, 31-acre state-of-the-art drug research and manufacturing facility in Plainsboro.

The property, which was originally constructed in the 1950s as the nation’s first privately-owned nuclear reactor, was utilized as a research reactor by a variety of public and private research institutions including nearby Princeton University. 31 Shalks Crossing Road played an integral role in the U.S.’ nuclear power research program for over five decades. However, the growing local population and ongoing funding concerns forced the reactor to be permanently shut down in the late 1970s.

Despite being rendered obsolete in its original role, the facility’s prior scientific usage enabled it to find a second life as a drug research and manufacturing facility. Undergoing extensive remediation and renovation to bring it up to pharmaceutical research and manufacturing standards, the property has served as the home to a leading manufacturer of generic pharmaceuticals for 20 years. However, a reorganization has rendered the facility no longer necessary to its business needs.

Conveniently located just off Route 1 and easily accessible to Interstate 95, the campus will provide its new owner with superior connectivity to the over 3,200 life sciences companies operating across all sectors in New Jersey and leading research institutions such as Princeton University.

“Since its construction, 31 Shalks Crossing Road has served as an important piece of New Jersey’s scientific community and an invaluable contributor to the state’s research economy,” said Jerry Fennelly, president of NAI Fennelly. “Although it has outlived its original Atomic Age purpose, this facility’s adaptability and location ensure it is well-positioned to continue to stand on the forefront of cutting-edge research and represents a rare opportunity to acquire a turnkey pharmaceutical research and manufacturing facility in the heart of one of New Jersey’s most desirable life sciences markets.”