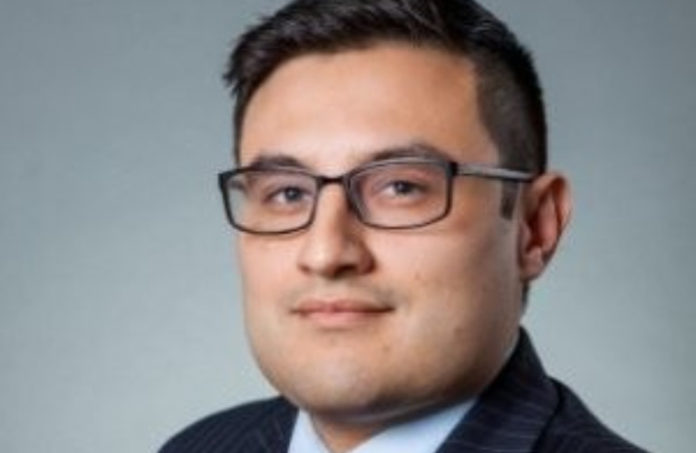 Rodas, a native of Union City, will oversee Menendez’s offices in Jersey City and Barrington. He will begin the role Jan. 31.

“Rudy brings to the team a deep knowledge of New Jersey and the issues that impact communities across the state,” Menendez (D-N.J.) said. “He has a sharp mind and is passionate about his work and finding solutions.

“Whether advocating on behalf of the immigrant community or advising on policies related to transportation, housing or economic opportunity, he brings an unrivaled work ethic and commitment that will help guide our operation in the state. I look forward to the perspective he will bring to the team.”

Rodas said the role was an honor and privilege.

“Sen. Menendez is a tireless leader advocating for the people of New Jersey on important issues such as affordable housing, immigration, consumer protections, health care and more,” he said. “I look forward to working with our dedicated Jersey City and Barrington staff to enact the senator’s vision and help ensure that residents across the state are heard here and in Washington.”

As associate counsel with the Murphy administration, Rodas was responsible for overseeing the operations of several state and bistate authorities, including the Cannabis Regulatory Commission, New Jersey Housing and Mortgage Finance Agency and the South Jersey Transportation Authority, among others.

“Rudy’s significant contributions to our administration over the last two years have helped make our state stronger, fairer and more equitable,” Murphy said.

“Sen. Menendez’s state offices are in great hands with Rudy at the helm, and I congratulate him on this new opportunity to continue his dedication to public service. Our loss is Sen. Menendez’s gain.”

Prior to working as a senior member within the Murphy administration, Rodas served for five years as a bilingual attorney-adviser at the U.S. Social Security Administration. He also ran his own private law practice based in Jersey City and handled legal work representing the Colombian Consulates in Newark and New York City.