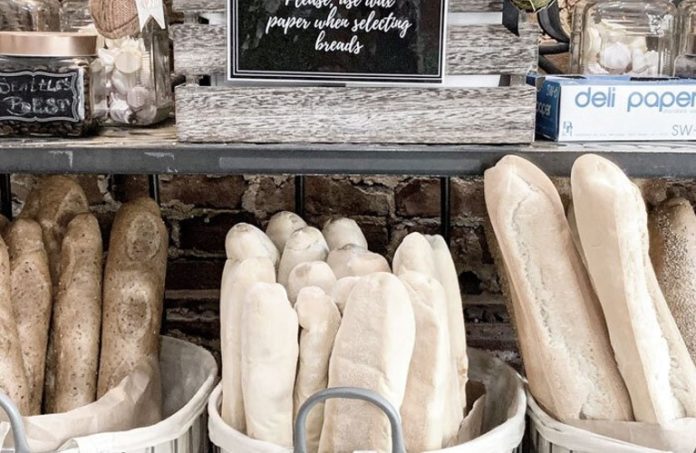 Today, George E. Norcross III, the executive chairman of Conner Strong & Buckelew, and the man who helped transform Camden into a city that is attracting businesses and serving its residents, announced that his family has entered into an agreement to purchase a majority stake in Formica’s Bakery, in partnership with Pat McKenna.

“For generations, my family and almost every person who has visited the Shore have eaten Formica’s Italian breads — in restaurants and hoagie shops, on the beach and walking down the Boardwalk,” Norcross said.

As part of the new ownership agreement, the bakery will undergo a multimillion-dollar expansion and be renamed the Formica Freitag Bakery in recognition of Norcross’ paternal great-grandfather, August Freitag, who founded the Freitag Bakery in Camden in 1890. The expansion will allow “the original Atlantic City bread” to be distributed nationally.

Frank Formica, the legendary grandson of Formica’s founder, will continue as the company’s senior consultant to expand on the brand essence and promise.

“I grew up learning how to bake the bread my grandfather and father made — bread that fed millions and is part of cherished memories for generations of people visiting and living down the Shore,” said Formica, who took over the family business in 1987. “I look forward to working with the Norcross family and Pat McKenna as we build on our families’ legacies and making my grandfather’s bread part of people’s memories for the next 100 years.”

The Formica Bakery was founded more than 100 years ago, when Francesco Formica opened it with his wife, Rosa, in Atlantic City. It has been at its current location at 2310 Arctic Ave. since 1928, and has has grown into one of the largest bakeries in the area.

“Like so many others, I grew up eating bread from Formica’s, and I am excited that this new partnership will allow us to bring our ’world famous Atlantic City bread’ to every corner of the country,” said McKenna, a successful entrepreneur and the owner and operator of Taste of Italy. “I believe in the next few years, the things we make at Formica Freitag Bakery will become one as big a part of people’s celebrations and regular meals as they are to us in South Jersey.”

The Norcross family has its own history in the bakery business. The patriarch of the Norcross family, George E. Norcross, worked at his father-in-law’s bakery, Freitag’s Bakery, at 247 Kaighn Ave. in Camden. Just as Formica’s bakery does today, the Freitag bakery made its goods “as near homemade as bakers can make.”

“We believe that our new partnership will be a credit to our families’ legacies and that Formica Freitag Bakery will be just as important a part of people’s happy memories as Formica’s has been for the last 100 years,” Norcross said.

Approval means 19 municipalities can sell cannabis for recreational use, potentially...