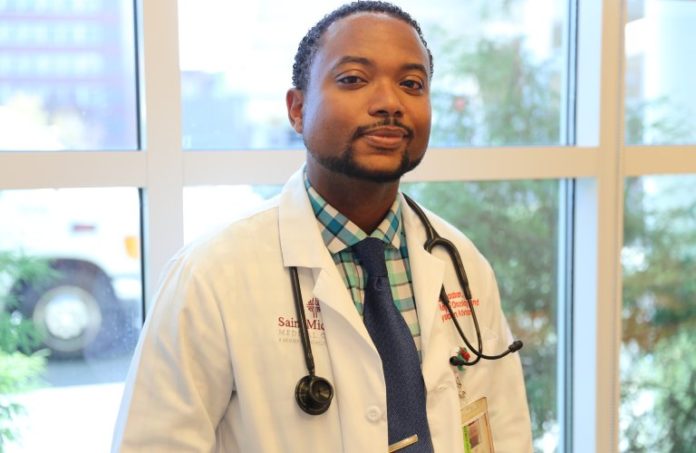 Last week, Gov. Phil Murphy redeclared a public health emergency amid a surge of COVID-19 cases as a result of the Omicron variant. The Garden State is currently witnessing nearly 25,000 new cases a day, and, in the past two weeks, more than 10,000 residents have been hospitalized.

We were warned of this scenario by scientists for months: That the coronavirus will continue to thrive, that variants will continue to emerge as long as there are parts of the world that do not have access to vaccines. These vaccine deserts threaten the entire globe, because the more the virus spreads among unvaccinated populations, the more incalculable opportunities it has to mutate and potentially become more virulent, prolonging the pandemic for everyone.

The Rev. Dr. Martin Luther King Jr. recognized over 60 years ago that we are connected to each other, “tied in a single garment of destiny.” It was this powerful vision and faith that empowered him to lift the veil on white supremacy, reject its dehumanizing, inequitable consequences, and to desire and demand, with others, a different kind of society — a society that would build upon the truth of our fundamental interconnectedness and interdependence, not the falsehood of superiority and inferiority based on class, race and wealth.

The first mountain King refers to is the mountain of moral and ethical relativism. King tells us, “To dwell in this mountain has become something of a fad these days, so we have come to believe that morality is a matter of group consensus.”

King highlights the crucial role of education in overcoming this mountain. Education, he says, “must help an individual think intensively, critically, imaginatively.” Education leads to enlightenment, which, in turn, awakens a sense of moral and ethical values.

As King argues, “The proper education will not only give the individual the power of concentration, but worthy objectives upon which to concentrate.” Part of this education requires understanding the very definition of the word “pandemic,” stems from the Greek word pandemos, which means “all of the people.” Only by working together can wealthier and underdeveloped nations end the COVID-19 crisis.

King’s second mountain is the mountain of practical materialism. By practical materialism, he refers to “living as if there were nothing else that had reality but fame and material objects.” He calls for a more altruistic, humanitarianism and just economic order, and an obliteration of exploitation and global inequality.

The inequality of vaccine distribution is a manifestation of another global economic reality. As wealthy nations vaccinate more quickly than poorer nations, they will recover economically and strategically sooner from the pandemic. In this way, the disparity between developed and developing countries will further deteriorate, as impoverished countries continue to experience catastrophic impacts while being forced to expend limited economic resources on medical therapeutics and vaccines.

These consequences could shape their economic futures for years to come. It is imperative that international aid organizations, philanthropists and wealthy nations devise a program to make sure that all nations have global equitable access to COVID-19 vaccines and other therapeutics.

Identifying variants by their country of origin perpetuates and bolsters a long legacy of representing racialized groups as originators or carriers of disease. To prevent poor nations from becoming a future breeding ground for the next coronavirus variant, it is necessary to eliminate geographic borders, barriers or hurdles to create a global mechanism for speeding up the development of global vaccines and therapeutics, and their equitable manufacturing and distribution.

Rich nations should learn from the mistakes made during the peak of the HIV crisis and embrace opportunities to share technology and knowhow to boost global vaccine technology. The inevitable consequence is an economic and geopolitical imbalance that will further widen substantially.

Finally, King addresses hatred and violence as the fourth mountain. “At one point in my intellectual pilgrimage, I justified war, certainly as a sort of negative good in the sense that it blocked an evil force, a totalitarian force. I have come to believe firmly now that war can no longer serve even as a negative good. … There was a time when we had a choice of violence or nonviolence, but, today, it is either nonviolence or nonexistence.”

Instead of allocating money to pernicious wars, we need to dedicate our time and efforts to fighting the war against poverty, the war against COVID variants and the war against the vaccine inequity crisis, especially when, while people in the wealthy West have had preferred access to multiple rounds of vaccine doses, only about 1% of people in poverty-stricken nations had even received a single vaccine dose.

Fifty-four years after his untimely death sadly ended a life of advocacy and moral justice, the world has yet to acknowledge, reconcile or overcome the fundamental issues outlined by King that keep billions under the heavy burden of economic disparities that fuel global vaccine inequity. Though the light at the end of the tunnel is far from in view, recognizing the efforts put forth by King is vital to honoring his legacy.

The pandemic has manifested the emergence of new mountains, especially the mountain of vaccine inequity, but, most importantly, it is a reminder that the four mountains King referred to are unequivocally still with us today, not only here in America, but in other nations, too.

This Martin Luther King Jr. Day, we must reflect on these mountains and move from them by setting our sights on the future we want to see. A future in which we end this global pandemic together.

The Delta and Omicron variants have reinforced just how interconnected this world is. The relentless emergence of variants anywhere is a grave threat everywhere. The quintessential approach to protect anyone is to emphasize protecting everyone. Otherwise, all nations, rich or poor, will suffer the consequences.

Dr. Hamid Shaaban practices at Saint Michael’s Medical Center in Newark, where he specializes in hematology and oncology.

If timing is everything, let’s hit pause button on casino smoking...