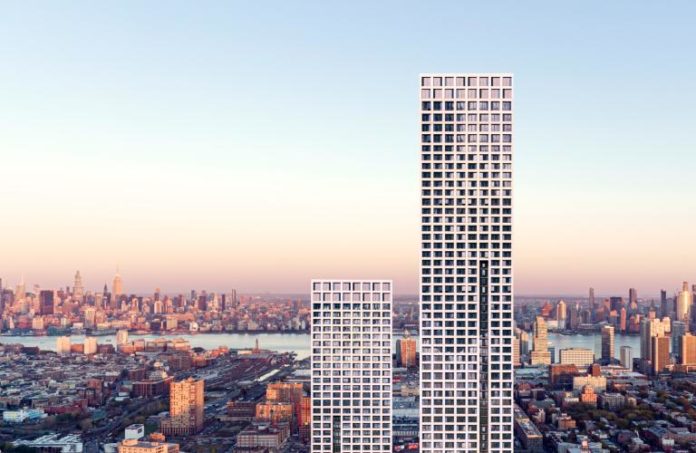 The company announced Thursday that it has signed a lease for nearly 10,000 square feet of space at Journal Squared in Jersey City. The store is planning on a spring 2022 opening in Journal Squared Tower 2.

Journal Squared is the luxury rental complex developed by KRE Group and National Real Estate Advisors. In 2021, the 68-story Tower 2 building, which has 704 rental residences, leased to capacity in less than six months. The complex will have three towers when it is completed.

Food Story Natural Market will serve the community at large with an extensive offering of natural and organic products, including meats, fish, sushi, fresh produce and hot and cold foods, all prepared on the premises. The store will also carry fresh flowers and plants.

KRE Group President Jonathan Kushner said the market with have an entrance fronting Pavonia and Summit avenues and a convenient location above the Journal Square PATH Station.

“Food Story Natural Market has earned a solid reputation in Brooklyn for delivering a high-quality product and meeting the needs of neighborhood residents,” he said. “We’re delighted to bring them across the river to Jersey City and believe they will be a tremendous quality-of-life asset for our residents and all those who live and work in the area.”

Food Story currently has four stores in Brooklyn, with the most recent one opening last year in Williamsburg. Jersey City will be its first New Jersey outpost, according to owner Danny Young.

“We’re a boutique organic market that tries to carry whatever our customers need,” Young said. “We never really considered expanding to New Jersey, but, when our broker brought us to Journal Square, we thought it was an outstanding location. It’s a thriving commercial and residential neighborhood and the Journal Squared building is very upscale. We believe our concept will be a great product and service for the area.”

“Over the past few years, we have seen an influx of Brooklyn-based retailers looking to open in the Jersey City market. Not only in Downtown, but in all neighborhoods of Jersey City,” Antonicello said. “In the past, these retailers would say, ‘We want a second location in Hoboken,’ but now they are looking for multiple locations in Jersey City and expanding on their already popular concept at each location.”

Journal Squared Tower 2 is the second and tallest building in the three-tower complex, which, when completed, will total 1,840 rental residences and 36,000 square feet of retail and restaurant space. The project’s third and final building, a 60-story high-rise comprising 600 rental residences, broke ground in October 2021. A new landscaped pedestrian plaza known as Magnolia Landing, which leads to the adjacent transit hub, opened in 2018 and has been a vibrant addition to the neighborhood, hosting farmers markets, seasonal activities and community events while providing much-needed public open space.