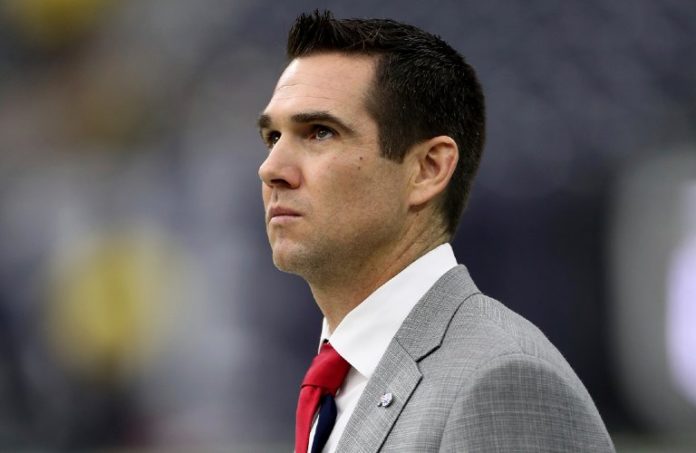 The New York Giants — a once-proud franchise that has become one of the worst in the NFL — have hired Buffalo Bills personnel executive Joe Schoen to be their new general manager, the team announced Friday.

Schoen has spent the past five years with the Bills, serving as part of the team that hired head coach Sean McDermott, drafted quarterback Josh Allen and acquired a number of other players that have made the Bills one of the conference’s best teams.

It is unclear if he will leave the Bills before the end of their season. They play the Kansas City Chiefs in an AFC divisional round playoff game Sunday.

Schoen has 20 years of scouting and executive experience in the NFL, including time with the Miami Dolphins, where he served as team’s director of player personnel for four years.

How much say he will have in personnel moves remains to be seen. But it will be learned in earnest. His first work of business will be hiring a new head coach to replace Joe Judge, who the team fired after a disappointing 4-13 season.

A look at the Giants’ new general manager.

“Now, the work begins,” Schoen said in a statement. “My immediate focus is to hire a head coach, with who I will work in lockstep with to create a collaborative environment for our football operations.”

“On the personnel side, we will begin to evaluate our roster and prepare for the draft and free agency. Our goal is to build a roster that will be competitive, have depth and, most importantly, win football games.”

According to ESPN, the Giants are expected to speak with Brian Flores, who was recently fired by the Dolphins.

Dallas Cowboys defensive coordinator Dan Quinn — a Morristown High School grad who took the Atlanta Falcons to the Super Bowl — also is expected to get an interview. As is Bills offensive coordinator Brian Daboll, a finalist for head coaching jobs a year ago.

“We are pleased and proud to name Joe as our general manager,” Giants owner John Mara said. “Throughout our search, Joe impressed us with his ability to communicate a progressive and comprehensive vision for our team. His philosophy and collaborative approach to building a roster and coaching staff align with what we were looking for in a general manager.”

Did you know a top U.S. rifle maker is located in...

Building clients’ brand means working with them before and after their...