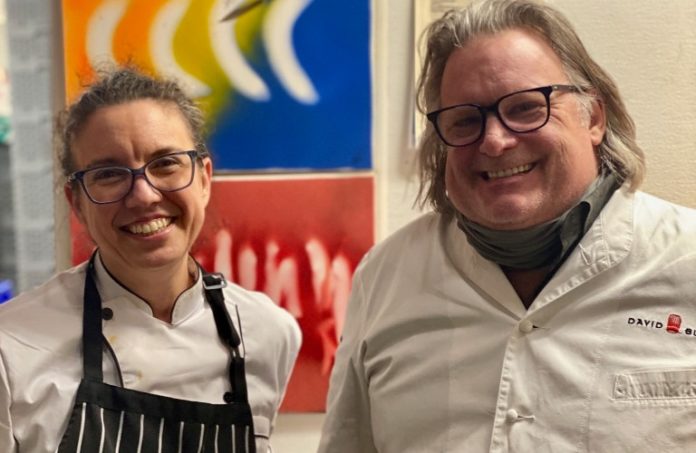 Celebrating its fourth anniversary after surviving a global pandemic, Drifthouse by Chef David Burke is reopening after its annual winter break at 4 p.m. Tuesday for dinner.

When it opened in 2018, the popular oceanside restaurant was the first restaurant in New Jersey operated by the newly formed David Burke Hospitality Management, under the direction of internationally awarded, celebrity Chef David Burke and his partner, Chef Carmine DiGiovanni. The pair’s global restaurant empire now totals 17 restaurants, with six in the Garden State.

Drifthouse was also the first of Burke’s kitchens to be led by a female chef, and Chef Toni Charmello is also celebrating her first anniversary at Drifthouse. Her talent, leadership and contributions were recently recognized when Drifthouse was named one of “Jersey’s Best Seafood Restaurants in 2021” by BestofNJ.com.

With live lobsters from Maine and oysters from Barnegat Oyster Collective, Drifthouse features a custom-made lobster tank and an oyster spa on display in the main dining room to keep the shellfish in pristine condition.

Drifthouse will be celebrating Valentine’s Day from Wednesday, Feb. 9, through Monday, Feb. 14, with a three-course, prix fixe menu for $69-plus per person.