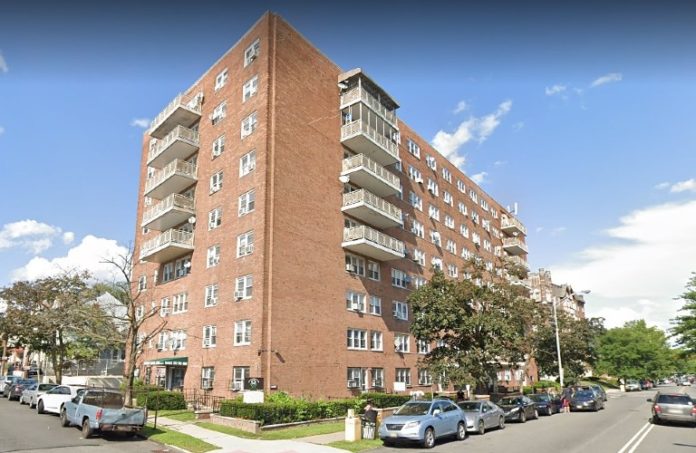 Paterson continues to evolve from its industrial roots into a dynamic urban-core municipality. The nine-story tower is a residential anchor within this high-population-density corridor.

Located at 595-609 Broadway at the corner of East 27th Street, the mid-century vintage building has been continually updated. Broadway Towers is comprised of a mix of one- and two-bedroom open-concept floorplans featuring spacious closets and private patios/balconies. On-premises amenities include laundry facilities, elevators, on-site parking and controlled access.

“Paterson is following in the revitalization footsteps of its sister cities of Newark and Jersey City, which are serving as national models for successful urban renewal,” Pomerantz said. “As an urban infill locale with an abundance of retail corridors and commercial and industrial parks, Paterson’s renaissance is rooted in a unique modern identity that reflects its diverse constituent neighborhoods and rich history.”

Commuter options include front-door New Jersey Transit bus service along Broadway on Routes 171 and 770 as well as the Route 4 Jitney. NJ Transit’s Paterson Station and rail service along the Main/Bergen County and Port Jervis lines is 1 mile away. The area also is served by Interstate 80; Routes 46 and 202; and Routes 19, 20, 23 and 208.

“With an apartment-dominated housing stock where about three-quarters of the residential real estate is renter-occupied, Paterson’s workforce-housing tenant pipeline is historically sustained by an employee base of professional, manufacturing and laborer positions,” said Pomerantz. “Comparatively, Paterson’s rental-living options — ranging from duplexes, homes converted to apartments and small apartment buildings to iconic high-rises like Broadway Towers — are as diverse as its residential base.”