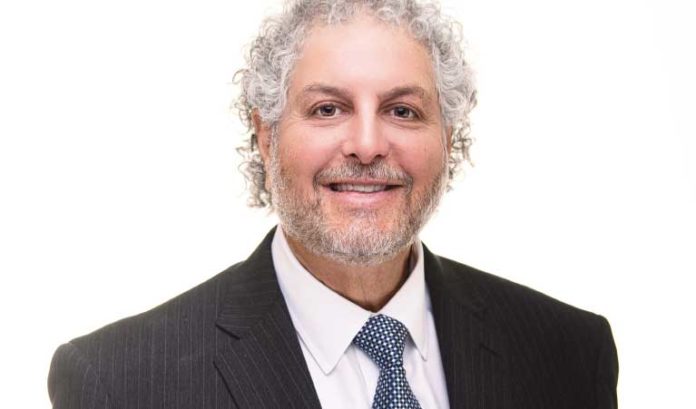 When a controversial bankruptcy case that is delaying the ability of 38,000 people to sue Johnson & Johnson over damages allegedly caused by J&J’s baby powder product was transferred from North Carolina to New Jersey last November, the dream team of five law firms representing the claimants needed to add a New Jersey firm to its group to assist in the proceedings.

At first glance, the selection appears routine: After all, Newark-based Genova Burns is well-known and widely respected throughout the state.

The selection, however, was of great significance for one simple fact: The bankruptcy group at Genova Burns was less than a year old at the time.

Daniel Stolz, who came to the firm Jan. 1, 2021, to start and chair the practice group, summed up the selection this way.

“It means that Genova Burns has become one of the prominent bankruptcy law firms in the state of New Jersey, if not in the tri-state area,” he said.

It also means Genova Burns is in the middle of one of the most controversial bankruptcy cases in some time. (See the details in box.)

Stolz said he and his team are eager for the challenge.

“It is our firm’s honor to be working with skilled and prestigious lawyers from across the country to protect the interests of the innocent victims in this case, who wish to have their day in court, before a jury of their peers,” he said.

The case is one of a few major cases the Genova Burns team has been a part of in its first year.

In addition to its work on LTL the bankruptcy case, the group recently obtained confirmation of a plan of reorganization for Sito Mobile Solutions and its public affiliate. Under the plan, creditors are entitled to payments in excess of $20 million.

The group also is involved in the case of a failed multiple employer welfare agreement, or MEWA: Members Health Plan.

“We’re going through an orderly liquidation,” Stolz said. “We’ve collected almost $15 million from the member employers so that we can ensure that the medical claims that are outstanding get paid, and no individuals wind up being chased for medical bills because of the failure of this MEWA.”

All this work is what Genova Burns had in mind when it merged Wasserman, Jurista & Stolz into the firm.

Stolz joined as partner, while Steven Jurista joined as “of counsel” and Scott Revers and Don Clarke joined as “counsel.” Veteran Gary Marks, also “of counsel,” is another member of the group.

Managing Partner Angelo Genova is thrilled with the efforts of the bankruptcy team. It is what he envisioned was ahead for bankruptcy law when it was formed.

“I don’t think there is a more important time than now for a law firm to possess the skillsets that the WJS bankruptcy team brings to our clients as we face the daunting economic consequences of the current public health crisis,” he said at the time.

The work, and the honors, continue for the group.

Last week, Stolz was named one of the 500 top bankruptcy lawyers in the country by Lawdragon.

Later this week, Clarke will join the board of directors for the Turnaround Management Association, a global nonprofit organization comprised of turnaround and corporate renewal professionals with more than 10,000 members in 54 chapters worldwide, including 34 in North America.

“I am humbled to have been elected,” Clarke said. “I have long admired the N.J. TMA for its informative and topical educational programming, and its many entertaining and well-attended networking events. I look forward to helping to continue those traditions.”

But first, there’s the J&J/LTL bankruptcy case, which could be the biggest in state history. Stolz is happy to be a part of it. Here’s how that came to be.

“The talc claimants are entitled to form a committee to represent their interests and to retain professionals,” Stolz said. “Those claimants hired what I’ll call a dream team of lawyers. Rhodes scholars, former Supreme Court clerks, a former bankruptcy judge.

“They needed New Jersey bankruptcy counsel familiar with the procedures in the bankruptcy court here in New Jersey. After interviewing firms, they selected Genova Burns. We are honored.”

Genova Burns has been brought in to assist in a bankruptcy case that has huge implications.

Why bring lawyers in: Attorney-client privilege can be crucial for businesses’...