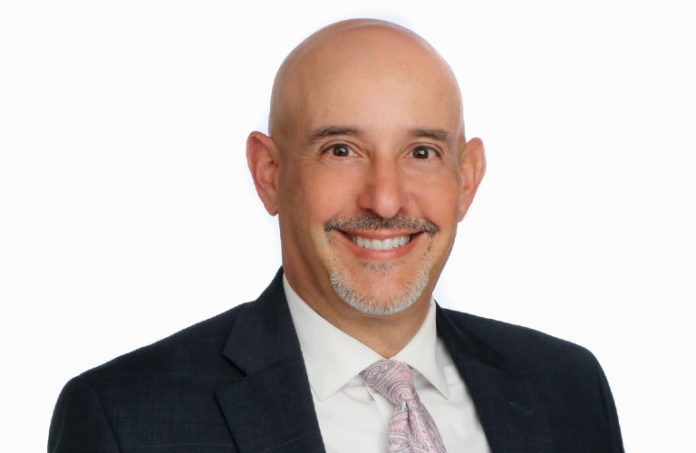 Richard Miller is alerted, sometimes late into the evening, of emergencies, such as an 87-year-old man suffering a fatal head injury after a fall. But he’s no doctor, or a mortician. He’s an attorney.

The emergencies he’s equipped to deal with are the complicated situations that arise when an elderly businessman, who had been remarried to an individual he had been with for four years, had a daughter from a previous marriage who accuses the man’s new wife of cutting her out of the will through coercion before he died.

In that particular emergency protective order last month, Miller, as a court-appointed investigator in the matter, found himself unraveling a situation that’s become all too common during the pandemic: The daughter lived two hours away, in another state. And, during the isolation and distance kept during COVID-19, increasingly complicated family dynamics are coming under strain when it comes time to deal with the assets of someone recently deceased.

Miller is partner and chair of the elder law practice at Mandelbaum Barrett P.C., the Roseland law firm formerly known as Mandelbaum Salsburg. He never expected that probate law, or the process by which someone’s wills are reviewed and recognized in a court process, would take over his evenings — and every other time of the day.

“About 70% of (my) elder law practice now involves some form of probate litigation,” he said. “Over the years, these cases have really become a major branch of everything I’m doing.”

Blended families becoming more common largely accounts for an increase in the need for attorneys to step in and assist in probate cases. But the way the pandemic has come to bear on this area of law is worth a mention, too.

Along with the fact that COVID-19 has brought a slew of unexpected deaths to the country’s aging population, the social distancing necessitated over the past two years has been an influence in battles between a decedent’s heirs and possible beneficiaries.

“Accusations are often made by children of a prior relationship that the spouse is preventing visits, interfering with phone calls, monitoring discussions in phone calls or text messages,” Miller said. “And, when you have those children unable to visit due to COVID travel restrictions, or because they don’t want to expose a parent to the risk of illness, those concerns are exacerbated.”

In probate cases, executors, or administrators if there isn’t a will, are appointed by courts to assess, collect and distribute assets. In the course of doing that, legal questions can be raised over a will’s validity, especially if there’s accusations that the loved one who passed away was coerced or manipulated in the creation of their estate plan.

The pandemic finds its way into those arguments, Miller said, which might sound like this: The person who was with that loved one on a 24/7 basis — including, perhaps, a caregiver — exploited the distance people kept from vulnerable seniors during the spread of the virus as a way of suggesting that the kids don’t care anymore.

“And, somebody with possibly diminished capacity as a result of early stage dementia might not understand the medical risks (of COVID-19) and latch onto that idea,” he said. “They can become resentful for reasons not appropriate, and that can be motivation to change estate documents.”

The arguments of undue influence come in all different flavors, he added. But the core facts, especially recently, tend to follow a similar trend.

“Like just last month, we had a case in which a sibling moved in with a parent to stay with them during the pandemic, while the other child was out of the state,” he said. “During that time, the parent’s will was changed from a 50-50 distribution between the siblings to an 80-20 distribution in favor of the daughter living with the parent.”

Most often, these disputes involved blended family situations, which have made the distribution of assets somewhat more complicated over the years, Miller said. Estate plans can sometimes omit or give different percentages of assets to children from a prior relationship.

“When I was young — and I’m going on 55 — what I saw was that, in my grandparents’ generation, divorce was not commonplace,” he said. “Second marriages, children from prior relationships — those were really more the exception than the rule. Now, however, it is common.”

While no one can control complications that the pandemic brings, Miller said a lot of trouble could be avoided by people having an estate plan that contemplates the entirety of their family situation.

It can’t be simple. And, by the way, there has to be one in the first place (because many are reluctant to even set up these plans).

“Otherwise, it might be a situation in which children from a prior marriage are either neglected or there’s a failure in an oversimplified plan,” he said. “A will might have everything left to a surviving spouse, entrusting them to leave it equally among respective children. But, with an unsophisticated plan, that can be changed — and you have to be prepared for that.”