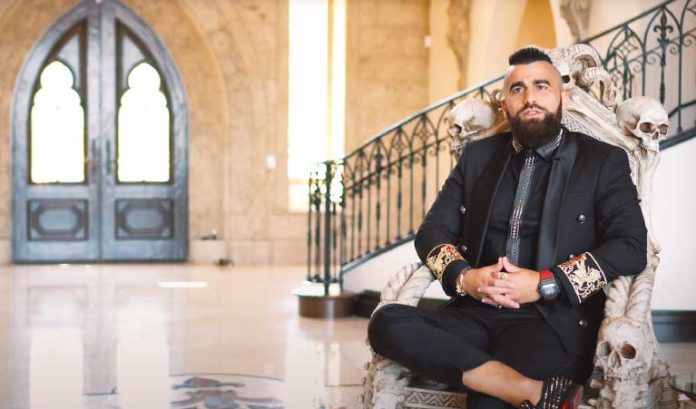 Robert Rivani is a high school dropout and a failed day trader.

Robert Rivani is a business prodigy.

He sold his first company for more than six figures when he was a teenager.

Robert Rivani is a visionary.

He has one property in South Florida that he says has an “Avatar”-meets-Tulum vibe.

He just looks younger — perhaps it’s because he sports a mohawk.

Of course, you can find out all this and more by watching the 21-minute, self-produced documentary entitled: “Who is Robert Rivani?”

Or, you can accept this answer: Rivani and Black Lion Investment Group are the latest out-of-state players to enter the commercial real estate game in New Jersey.

In December, they paid just under $50 million for the 373,612-square-foot ITC Crossing South shopping center in Flanders. It’s a property he plans to transform in a way that matches his unique personality.

“Our mission is to give customers who shop at our properties an experience they’ve never had before,” he told ROI-NJ.

“We were inspired by the forest surrounding the property, so we’re bringing that feeling of an enchanted forest inside the property. The forest will be growing into the shopping center.”

For much of his documentary — which has been viewed more than 10,000 times — Rivani is sitting in a mansion in a high-back chair decorated with skulls. There’s also a shot of him posing behind a lion. And drinking champagne with his wife.

It’s a video shoot for the reality show that is his life.

“I know I’m different and I know I’m out there and I’m unique, which is why I get really excited about the idea of doing something special that can be enjoyed by all generations of people.”

Here is what he’s not: a scholar. Rivani said he dropped out of Beverly Hills High in the 11th grade.

“School wasn’t for me, to put it lightly,” he says in the video. “I never really took it seriously.”

Shoes? That was something else. 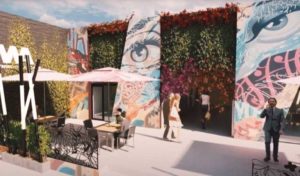 When he was 13 — right after his bar mitzvah, he said — he began a shoe hobby that led to a shoe business. He said his family wasn’t financially sound during his childhood and he wanted to change that. He began reselling sneakers on eBay — sometimes for twice what he paid retail.

Even that came with his sense of style. Rivani would create videos to authenticate each shoe with a signature “lick of the bottom” to prove they were brand new. He said he sold his sneaker business years later for more than $150,000.

His strong drive for success, coupled with his creative vision — plus a knack for numbers — continued to motivate him, and he set his sights on bigger things.

That’s when he started day trading and began killing it.

Like many day traders, Rivani crashed and burned. It left him in tears — for 30 days and 30 nights, he said.

But it also taught him a valuable life lesson. Rivani said he learned that anything that comes too easy doesn’t last long. And you have to work hard to be a success.

The returns from his initial investments left him with a choice to make. He could go the well-worn route of buying more typical commercial real estate properties, or he could build a legacy of unique venues under an unmistakable brand. Rivani chose the latter, and the next evolution of Black Lion began.

“I’m looking to be that beacon of hope as well as that trailblazer who transforms the way we do commercial real estate and makes it exciting,” he said.

Rivani said he aims to design one-of-a-kind properties and experiences — and to build up and support the communities around them.

He has taken a particular interest in South Florida, where he said he is investing in projects he says will reimagine nightlife, dining and retail destinations in Miami’s hottest submarkets: Brickell, Wynwood, Edgewater and South Beach.

Black Lion, however, is a national company.

The company, which has held properties in 11 different states, hasn’t slowed down during the pandemic. Rivani said the firm is poised to invest more than $100 million into “the most unique dining and entertainment destinations across the country” by the end of 2022.

So, how does Flanders fit into this narrative? Glad you asked.

Rivani said there isn’t always the type of property he is looking for in markets that he is looking at. But, he knows it when he sees it. And, when he came looking in the New York/New Jersey area, he saw it at the ITC Crossing South property.

“It’s in an area that doesn’t necessarily have people leaving,” he said. “And the tenant lineup was just immaculate.”

Having nationally recognized brands throughout the massive property — Walmart, Lowe’s, Old Navy, Michaels, McDonald’s and Panera Bread, to name a few — made it an easy sell. Even in a state with an exploding e-commerce market.

Rivani said he thinks the decline of retail is a broad and vague concept — one that doesn’t apply across the board. While there are certain sectors and markets where that idea may be true, he doesn’t think that’s the case with this particular property.

“There is a very strong residential base there that has not been leaving the state like in other parts of New Jersey,” he said. “People from the surrounding neighborhoods aren’t as dependent on Amazon and quick deliveries for the most part, and still enjoy getting out of the house and visiting a physical store.”

Then there’s this: For all the flash and dash that comes with his personality, Rivani is a commercial real estate developer at his roots.

He still looks for — and needs — basic elements to be successful. In the ITC Crossing South property, Rivani said he sees a location thriving because of a synergy of those national brands.

“It attracts a variety of people who come into the property to shop at one store, shop at other stores, too, helping multiple tenants increase their sales and achieve their goals,” he said.

Now, it’s time to add his personality and vision to the mix — the whole stores-coming-out-of-the-trees scenario.

Rivani said to be patient.

“Customers who shop at my properties get an experience they’ve never had before,” he said. “I think, once we make this more of an experience-based shopping and dining venue for customers, it will increase sales for our tenants and the viability of being here in the long run.

Manufacturing facility in East Rutherford to be repositioned after sale