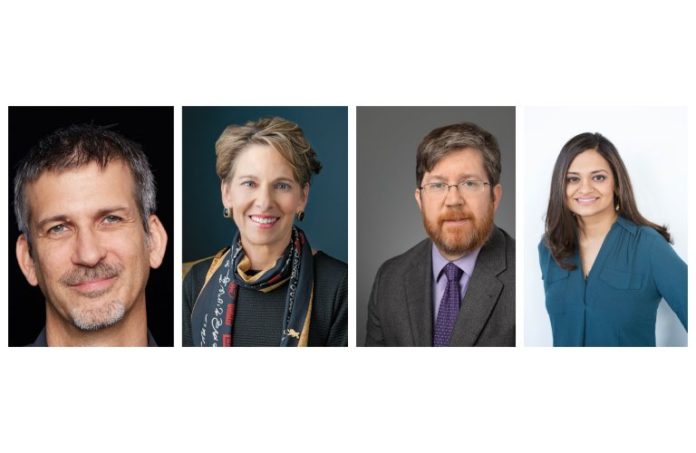 Steve Downs, Kate Foster, Scot Pannepacker and Atiya Weiss have been appointed to the Princeton Area Community Foundation board of trustees, the group announced Thursday.

The four will serve three-year terms for a foundation that has awarded more than $173 million in grants since its founding in 1991.

Downs is the co-founder of Building H, Foster is the president of The College of New Jersey, Pannepacker is a partner at Lear & Pannepacker and Weiss is the executive director of the Burke Foundation.

Other moves at the foundation include Sonia Delgado, who was named board chair-elect in June, taking over leadership of the board. Her predecessor, Anthony “Skip” Cimino, will now serve as immediate past chair.

“It has been a great honor to work with Skip, who is steady, calm and wise,” Sapoch said. “We are looking forward to Sonia’s leadership. She is a terrific source of inspiration.”

The trustees also voted to name Jeanne Besser as secretary and Michelle Everman as treasurer.

William Burks, who retired from the board after almost 30 years of service, was named trustee emeritus and will continue to volunteer on committees.

Naming an emeritus trustee is an honor that is not bestowed lightly, Sapoch said.

“Bill’s impact on the Community Foundation has touched all of us,” she said. ““No one has had more of an impact on this foundation than Bill Burks, because he always made this work his first priority.”

“Bill is a kind and generous man, and the impact he made on this community is immeasurable,” he said. “Everything we do today is because Bill set the stage three decades ago.”