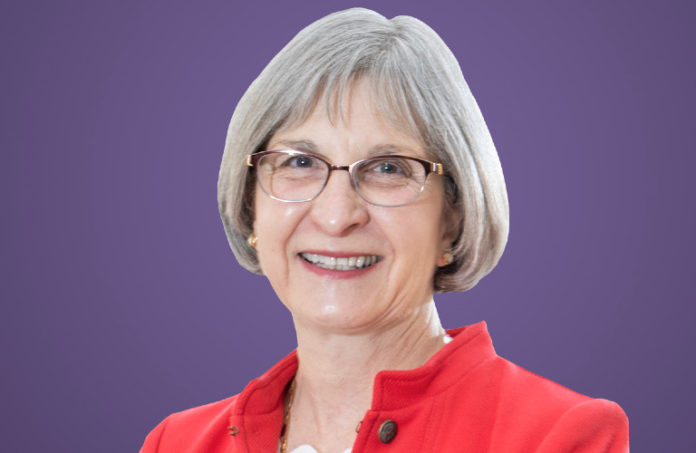 Jaynee LaVecchia, who retired from the New Jersey Supreme Court at the end of 2021, is joining McCarter & English, it was announced Monday. LaVecchia will join the firm’s Business Litigation Group as a partner in the Newark office, starting Feb. 7.

LaVecchia, who retired after serving 21 years as an associate justice on the court, was its senior member and the longest-serving woman justice in state history.

“Justice LaVecchia has had an extremely impressive career,” he said. “The depth of her litigation experience, coupled with her unique insight into the state’s regulatory landscape, will make her an excellent resource to our clients, as well as our lawyers.”

Jose Linares, the former chief judge of the U.S. District Court for the District of New Jersey, who now serves as chair of the firm’s Alternative Dispute Resolution Group, welcomed LaVecchia.

“We are extremely excited to welcome Justice LaVecchia to the firm, and to the Alternative Dispute Resolution practice, in particular,” he said. “As a retired justice of New Jersey’s highest court, she is uniquely qualified to advise clients on both trial strategy and appellate issues, as well as facilitate the resolution of complex disputes. I am thrilled to be able to collaborate with Justice LaVecchia, someone who displays such extraordinary talent, intelligence and grace.”

LaVecchia said she is eager to join the firm.

“I am thrilled to begin this new phase of my career at McCarter and proud to be joining a team of attorneys distinguished by their powerful and unwaveringly professional advocacy for their clients,” she said. “I look forward to collaborating with the trial and appellate teams, and to expanding the firm’s already impressive alternative dispute resolution practice.”

Over the course of her impressive career, LaVecchia has distinguished herself as an exceptionally respected and experienced public servant. She was nominated by Gov. Christine Todd Whitman to serve on the New Jersey Supreme Court on Christmas Eve in 1999 — and was confirmed by a unanimous 35-0 vote Jan. 10, 2000.

Before her nomination, LaVecchia was the New Jersey commissioner of banking and insurance for 18 months, where she directed the agency through a number of transformative reforms and the defense of numerous regulatory challenges and litigation prompted by those reforms.

LaVecchia has extensive knowledge and experience in governmental law and the regulatory complexities of state agencies.

She previously served as deputy chief counsel in the Office of Counsel to Gov. Tom Kean. For four years, she served as director of the Division of Law within the Department of Law and Public Safety, supervising all lawyers handling civil matters within the New Jersey Attorney General’s Office.

In addition, LaVecchia served as director and chief administrative law judge for the Office of Administrative Law from 1989 through 1994. During this time, she presided over a great number of hearings on regulatory matters impacting some of the state’s major industries, including energy, financial services and health care.

LaVecchia is a graduate of Douglass College at Rutgers University and Rutgers School of Law in Newark. She was elected a fellow of the American Bar Association in 1996 and elected to be a member of the American Law Institute in 2015. She has chaired or served on various Supreme Court committees, subcommittees, and other court-assigned projects.