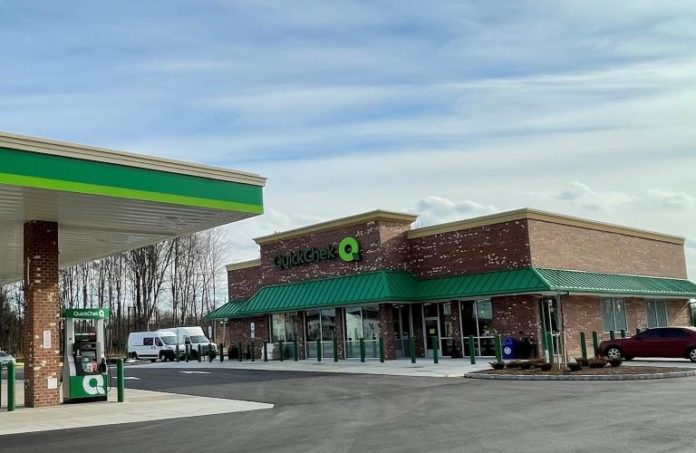 QuickChek, an iconic New Jersey convenience store in New Jersey, has served all corners of the state since being founded in Central Jersey 55 years ago.

QuickChek is opening a new 5,496-square-foot store with fuel at 3483 Route 22 E. at the intersection of County Line Road in Readington Township.

The new store is four miles from the company’s headquarters and support center, which is also in the Whitehouse Station section of the township. It will be the company’s second location in Hunterdon County.

Bucking the current economic trend with the opening of six new stores over the past five months, QuickChek now has 161 stores, including 95 locations with fuel throughout New Jersey, New York’s Hudson Valley and Long Island.

The chain, a leader in foodservice with an exceptional fresh brewed coffee program that has been ranked first in consumer satisfaction among convenience stores in New Jersey and among the Top 10 in the country, is about more than coffee.

The new Readington Township store is expected to create 35 to 45 new local jobs, including eight management positions. Each new QuickChek location typically generates approximately $1 million in tax revenues, adding to its positive impact on the community.

The new Readington Township store will feature an innovative “Fresh to Go” interior layout designed to enhance the shopping experience for busy people on-the-go and get them on their way fast, whether they shop in person, from home or from their phone.

“The opening of our new Readington Township store enables us to meet the demand for safe, convenient shopping and fuel service in the area,” QuickChek Vice President of Marketing & Operations Don Leech said. “It will also serve as the base for us to honor our community partners as we continue our commitment to giving back to the communities we serve.”

And Leech noted the chain serves more than just food and gas.

QuickChek has raised more than $6.4 million since 2009 to support a variety of causes benefiting families, children and veterans. The company is a year-round supporter of local food banks, with volunteers sorting and packing donations in food bank facilities across the region, to holding in-store fundraisers to help feed area families.

Volunteers also support the efforts of America’s Grow-a-Row in Pittstown to provide fresh, healthy produce to those in need. QuickChek executives, support center staff and local store team members harvest fresh produce at local farms in the spring and in the fall.

QuickChek is also contributing $10,000 to the organization’s Farm to Fork event so that it can continue to provide farm-fresh food to various hunger relief agencies while educating people of all ages about hunger, the importance of agriculture and healthy eating.

‘Pumpkin Spice Tax’ is very real thing — and costly, too