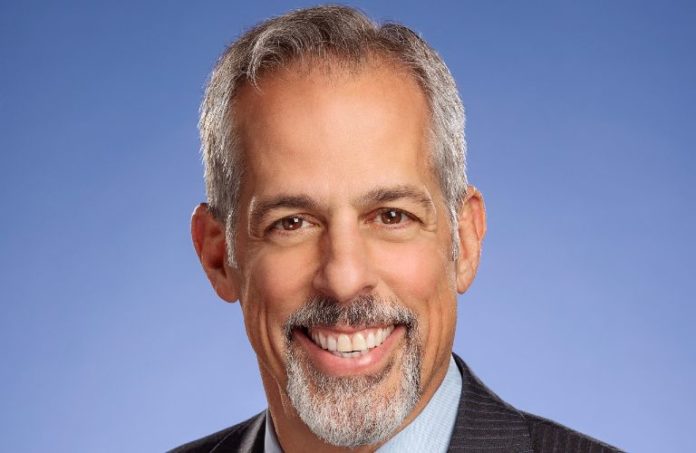 Pete Torcicollo, the new managing director at Gibbons P.C., is the first to admit he’s had an unusual journey to the top spot of one of the top law firms in the state and region.

“I sort of backed into life,” he said.

Yes, he grew up in Westfield, the type of community that seemingly breeds high-achieving kids destined for success. That wasn’t Torcicollo. When he graduated high school, he wasn’t sure where he was headed.

“Most of my peers went to college, then went to law school, then got a clerkship and then started at a firm,” he said. “I didn’t start college until I was 25.

“The years prior to that were a bit of a hodgepodge of different work experiences. Where I ultimately ended up was in the construction trades.”

Torcicollo said he did mostly commercial jobs, working for a general contractor. Some school renovation projects, some condos, that kind of stuff.

And, while he learned to find his way around a job site — and learned to read blueprints, something he said later helped him when he became one of the top construction lawyers in the state — he really was learning to find a path.

No, we’re not talking about Pete Torcicollo’s rise to the top of Gibbons P.C. as its new managing director. We’re literally talking about climbing rocks. Torcicollo said he used to “dabble” a bit in rock climbing in high school.

“We’d go up to the Watchung Reservation and there’s a couple of cliffs up there where we would mess around and learn how to climb and rappel,” he said.

Years later, he discovered through his son and daughter that climbing was a family trait. Once he saw his kids doing it, Torcicollo got back out there — despite a general fear of heights. It’s a decision he cherishes.

It also led to an involvement with USA Climbing, first as legal adviser and then a five-year run as president. To this day, he still serves on various board and governance committees — although he says his 12-year run with the group will end this summer.

“In some moments of my life, I’ve looked back at those seven or eight years post-high school and said: ‘Boy, I really squandered that time. I could have started my career in earnest a lot sooner,’” he said.

“But those experiences are what made me who I am. And I honestly wouldn’t trade them for anything, because I lived, in some respects, a whole lifetime before I settled down and said, ‘OK, it’s time to get serious about what’s next in life.’”

What came next was an undergraduate degree from Bucknell University and a law degree from Rutgers University-Newark, followed by what he calls a “dream job” at Gibbons.

Torcicollo knows he has what he calls “ridiculously big shoes” to fill. He’s delighted that Dunican still will be around for consults, as he moves to the newly created role of executive chairman. And he’s eager to put his own mark on the firm, making sure it continues to be filled not only with the best and brightest minds, but those who bring a variety of viewpoints to the conversation. Like he does.

Torcicollo had a lengthy conversation with ROI-NJ last week about where he hopes to take the firm moving forward. Here’s a look at the discussion, edited for space and clarity.

ROI-NJ: Let’s start with an interesting aspect of your role as managing director. You’re very familiar with all of the firm’s 120 partners and 47 associates because you hired many of them in your longtime role as hiring manager. Talk about that process — which we’re hearing is slightly different than at other firms?

Pete Torcicollo: This firm is a very litigation-heavy firm. Most of our entry-level hires do litigation of one sort or another. So, Patrick and I made the decision years ago to eliminate the firm’s summer associate program, a program that I’m a product of, and said, ‘Let’s focus on judicial law clerks.’

ROI: What do you look for?

PT: An easy conversation. If you are sitting across from me, you deserve to be here. You’ve got a great resume, you’ve got a great clerkship, you’ve got really good academics, you either wrote for a journal or you have some other good writing experience, including as part of your clerkship. I just need to make sure that you’re going to interact well with others, because that’s what we do, especially in the litigation area.

So, that’s been my hiring philosophy. I’m looking for the type of person that is a good ambassador of the firm. But that’s not to suggest that we have a narrow view of what a cultural fit is for us.

PT: We do our best to make our hiring as expansive a view as possible. I want to make sure that we have people who bring in a diversity of viewpoints and a diversity of experiences. Maybe that’s part of that experience that I gained prior to my formal education. To me, that’s what makes this place special. We have folks from every conceivable background. And we have been leaders in the hiring of women and minorities.

Under Patrick’s leadership, this firm rolled out the women’s initiative in 1997. We’ve heard other firms lay claim to having the first women’s initiative in the country. Honestly, I think we were the first. (Gibbons was the third law firm in the country to receive the international Catalyst Award, the preeminent corporate honor for the advancement of women in the workplace.) And we were one of the first firms to have a chief diversity officer.

ROI: Let’s move to the question lawyers out there want to know: Will you be hiring in 2022?

PT: We definitely are looking to grow. We’ve already started reactivating ourselves in the lateral lawyer market. I’ll give you a Gibbons phrase that I have heard at least 1,000 times in my life: ‘Lateral partners with business for non-dilutive growth.’

That was the mantra that put the firm on the map, under Patrick’s leadership. My plan is to reinvigorate that exact philosophy.

It’s been hard during COVID, but we now have a keener sense of where we are emerging from the pandemic. So, we are already focused on a variety of areas. (Torcicollo rattles off the following practice areas in no particular order or emphasis: environment, employment, product liability, commercial litigation, real estate, mergers & acquisitions.)

We’re always on the lookout for the ‘best available athlete’ type of person.

Gibbons P.C. has been a big player on the political scene under the leadership of outgoing Managing Director Patrick Dunican. Will that continue under Pete Torcicollo?

“Absolutely,” he said. “It’s one of the areas that Patrick Dunican is expected to continue to be deeply involved in the new executive chairman role. The depth of contacts he’s made, and our Government Affairs folks have made in that sphere over the years is not just the kind of thing you hand to the next guy and say, ‘OK, here’s your turn.’ A lot of that is deeply personal.

ROI: You’ve talked a lot about succeeding Dunican. Talk about that challenge. Talk about how you’ll put your stamp on the job.

PT: It’s probably not an overstatement to say that he’s iconic. He’s that forceful of a presence. I’ve had the extraordinary luxury of being able to serve by his side and really watch how the job can be and should be done.

But, we’re also different people. He and I agree on the overwhelming majority of things, but we might interact with folks slightly differently. I’m going to take the best that he has given me, and then add my own personal touch. I would be foolish to try to emulate his aura. I need to find a lane within the way I’m wired as a person.

My goal is to do my level best to pick up the baton that has now been passed to me and to carry it for at least the next four years.

ROI: That leads to the next question: Your career as a lawyer. Will you be able to continue in that role while serving as the managing director?

As co-chair of the Commercial and Criminal Litigation Department these last handful of years, I’ve been really fortunate to have to be surrounded by such an extraordinary group of attorneys that a lot of the day-to-day grind of litigation is being handled by people other than me anyway. So, the client service for my own personal clients is going to continue without interruption.

What we’re going to have to see is, when my matters come up for trial, am I still going to be able to be involved in that process? I’m going to try. I sure would like to. And I certainly won’t be the first managing director of a firm this size who still retains some involvement in practice. Of course, Gibbons P.C. is currently Job One for me. So, if that requires me to completely separate myself from practice, I’ll do that.

But I know my preference is to stay involved. I think it’s really important for the firm to have me continuing to be mindful of the needs of practicing lawyers — and how better to do that than by continuing to be one?

ROI: For someone who took a long road to the law, it sure sounds like you found the right path.

PT: I have. Back when I used to take the train to work — and I hope to soon do that again — I used to tell people that there’s never been a moment when I was standing on that train platform that I dreaded going to work. I’m always excited about the opportunities that await me when I come in here.

I felt like I won the lottery when I took a job here. It was life-changing.