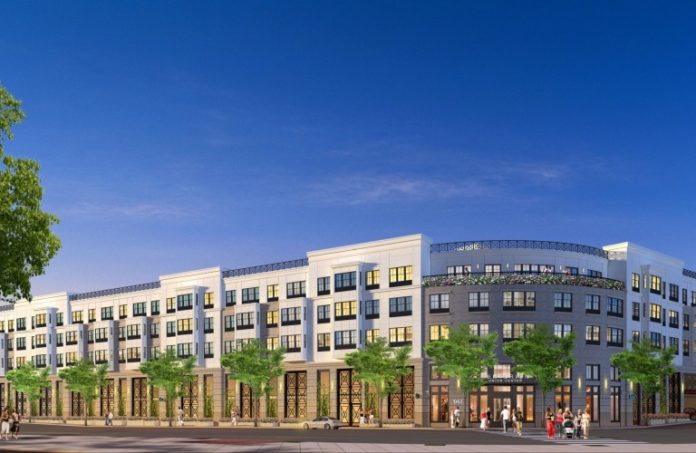 The Union Township planning board has approved the fifth phase of Centurion Union Center, paving the way for construction to begin on a new residential building that will include much-needed public parking spaces, according to a Monday announcement from Landmark, which was designated the redeveloper of the Stuyvesant Avenue Redevelopment Project.

The latest step in the revitalization of Union’s downtown center, the new five-story building will include a two-story parking garage with 105 ground-floor spaces designated for public use. Three residential floors above will house 85 luxury rental residences, with the second floor of the garage containing 107 parking spaces allotted for Centurion residents.

“Throughout the planning and development of this project, we’ve worked closely with the township to ensure Centurion was a catalyst in transforming Union Center into a vibrant downtown setting,” said Manny Fernandez, founder of Landmark. “We’ve remained cognizant of the needs of the community-at-large and dedicated to providing all the elements to make downtown welcoming to existing and new residents, local businesses and customers alike. These efforts have brought the collective vision for Union Center into focus, and the addition of more than 100 new public parking spaces will help us fully realize that vision.”

When completed, Centurion Union Center will feature more than 320 new residences and approximately 27,000 square feet of retail space housed in five buildings along Stuyvesant Avenue in the township’s downtown district, which hadn’t experienced any new residential construction in more than three decades.