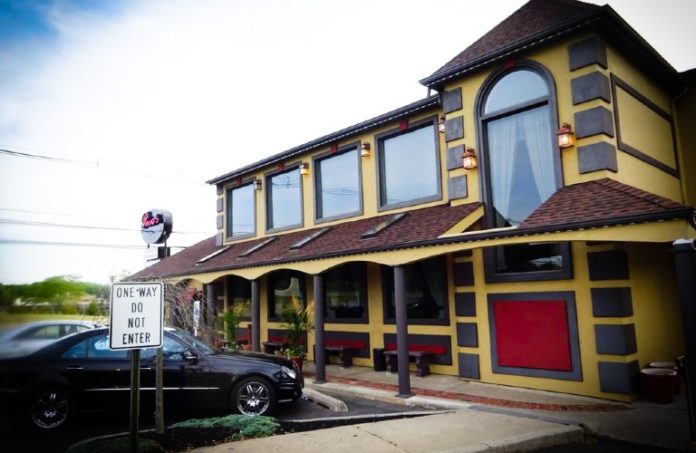 Make way for the “GOAT” Pizzeria and Bistro, owned and operated by celebrity Chef David Burke, coming soon to Monmouth County. Burke, along with an undisclosed investor, purchased the former Piero’s Restaurant in Union Beach, according to an announcement from Allenhurst-based brokerage Bielat Santore.

Located at 1411 Highway 36, Burke plans on transforming the white-tablecloth Piero’s into a casual Italian American Bistro, highlighted by an exposed brick oven where pizza will be the featured food.

“We are going to have meat dishes, chicken dishes, salads, but everything will evolve around pizza,” Burke said in a prepared statement. And, according to a news release, Burke is armed with a one-of-a-kind pizza recipe that he expects to soon become the GOAT.

Burke, a New Jersey native, is an icon in the hospitality industry and currently expanding in the greater Monmouth County area. Some of his nearby restaurants include the Drifthouse in Sea Bright, Red Horse in Rumson, Orchard Park in East Brunswick and now coming soon to Union Beach.

The current restaurant will undergo interior renovations to expand the bar area, replace the kitchen, install an exposed pizza oven and cosmetically redecorate inside and out. When complete, the restaurant is expected to seat 100 for dining in addition to 40 in the bar-lounge. The facility also has a 100-seat private affair room on the second floor. Estimated grand opening is April 2022.