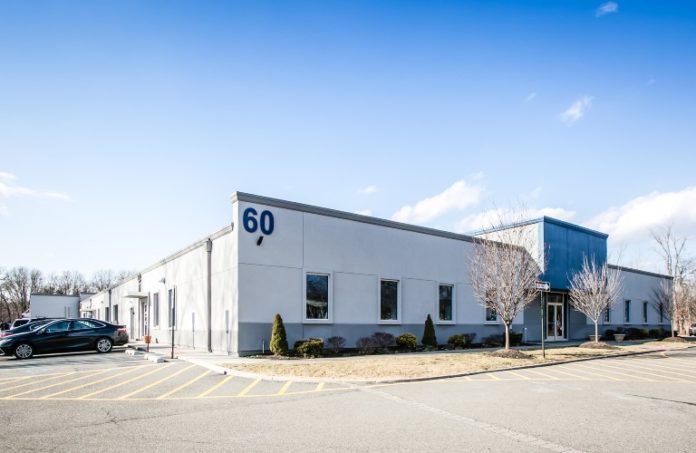 Alan Cafiero and Mark Gjonbalaj of Marcus & Millichap‘s Saddle Brook office brokered the sale. Leo Faresich of ConnectOne Bank, Englewood Cliffs, acted as the lender on behalf of the seller.

The property, which was first acquired in 2014, had numerous upgrades and renovations which helped bring it to full occupancy, according to Tulfra CEO and President Sonny Jumani.

“We set out to attract high-quality, long-term tenants once we acquired 60 S. Jefferson Road in 2014, and we did so by retrofitting the property to accommodate each tenant’s needs,” Jumani said.

Jumani said that Tulfra invested in interior changes to support the needs of long-term tenants, and particularly to cater to tenants in the light industrial/tech space. Upgrades to electric, installing new lighting and building new lavatories were among the interior upgrades made to the property. Investments were also made into exterior upgrades, including new entryways, architectural glass and loading doors; parking lot repaving; and new landscaping.

“Our mission is to bring value to underutilized properties that show tremendous potential to enhance their communities and produce income for the municipalities in which they’re located,” Jumani said. “The closing of this sale is proof that investing back into promising real estate is a win for municipalities, companies and communities alike.”

Among the current tenants are Spectrum360, a therapeutic rehabilitation program for those with special needs; Desktop Metal, a leading publicly traded startup that specializes in the 3D printing industry; Area Wide Protective; Langan Engineering; and Multivac, an internationally renowned food packaging company. Spectrum360 entered into a 10-year lease agreement for 15,598 square feet in 2021, while Desktop Metal entered into a five-year lease agreement for 7,571 square feet in the same year.

Situated minutes from large municipalities like Parsippany and Morristown, this location is conveniently located near major thoroughfares like Interstate 287 and Route 24 and major transportation hubs like Newark Liberty International Airport, and within driving distance of New York City.

“60 S. Jefferson has proven to be a very successful investment for our company,” said Jumani. “We work tirelessly to identify these underperforming assets and maximize value for our owners and partners.”