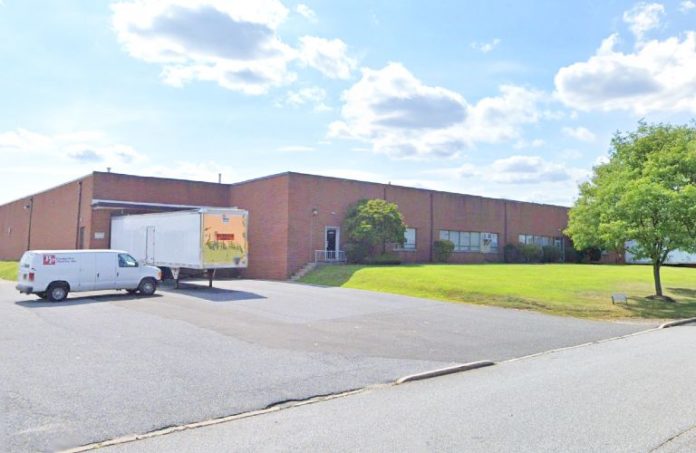 Most real estate investment firms are not looking to add Class B infill industrial to their portfolio. That’s all Faropoint is mostly after.

It’s a reality that has helped the now Hoboken-based real estate investment fund quickly make its mark in New Jersey and around the country. And it’s happened for one simple reason: When this product hits the market, Faropoint often gets the first call.

“The off-market deals with local brokers have always been our bread and butter,” he said. “People who know us and have closed millions of dollars with us call us first when they are ready to sell.”

Lately, that’s been happening a lot.

Nationally, in 2021 alone, Faropoint acquired 148 buildings totaling nearly 9 million square feet in 85 separate transactions. Most of the properties were Class B industrial — including 34 in the South Jersey/Philadelphia market.

Faropoint made its initial splash in New Jersey in 2020, investing approximately $45 million in the state in just nine months. In January, Ron told ROI-NJ the company felt it could comfortably do $250 million to $300 million in acquisitions in 2021. It then proceeded to do just that.

The 34 deals it closed in the South Jersey/Philadelphia market in 2021 were worth $278 million.

Last December, Faropoint announced it had purchased a 10-building portfolio of infill properties throughout Bergen and Morris counties from Kushner Cos. for $132.5 million.

Having an office in Hoboken helped Faropoint close a 10-building portfolio of infill properties throughout Bergen and Morris counties from Kushner Cos. for $132.5 million.

“Northern Jersey is our backyard,” he said. “Our U.S. headquarters are in Hoboken. It makes a lot of sense for us to buy in the greater New York Metro area.”

Ron said the firm is assembling its team and somewhat copying the mode of operation of what it’s been doing in the South Jersey/Philadelphia market to northern New Jersey and other metro areas, including Baltimore.

Faropoint clearly is in an expansion mode.

In addition to the office in Hoboken, the firm opened new offices in Chicago and Miami in 2021 — it already had existing offices in Atlanta, Dallas, Philadelphia, Memphis and Cincinnati.

Ron said Faropoint has other expansion plans in the works, too.

“We’re working on a whole other technology-driven part of our business, which hopefully gives us an edge in the industrial market and can later be applied to other asset classes,” he said. “But that’s really down the line.”

It was the company’s  first big deal in northern New Jersey, where Ron said it will continue to search for Class B properties — the deals that mostly fit Faropoint’s financial plan, he said.

Ron said Faropoint’s fund structure raises money from various sources and then aggregates it to buy Class B industrial real estate across the U.S. That fund has a typical hold period of five years, during which it updates the properties.

As part of its national strategy to strengthen an asset’s appeal to institutional investors, each building in the firm’s newly acquired portfolio will undergo a capital improvement program, which will include various upgrades such as repainting, implementation of new LED lighting and sustainable features, and the replacement of roofs, Ron said.

That is money well spent.

The company does not view Class A properties the same way. Ron said those deals are typically trading at return profiles that are not conducive with Faropoint’s fund.

Even during a pandemic.

Like everyone else, Ron said Faropoint had some concerns during at the start of the pandemic. By the end of 2020, they were gone.

Ron said the industry learned that, even as office and retail sectors were experiencing high vacancy rates, industrial, which was already in great demand, remained strong.

“2021 had no concessions of the sort in terms of COVID difficulties,” he said. “I think, at that point, most owners were already aware of the ins and outs of the (Paycheck Protection Program), and they got government funding for rent payments and salaries and so on. Also, the lockdowns were basically over with. So, it wasn’t the same story as 2020.”

“If anything, many of the people who were hurt in office and retail sectors looked to invest their money somewhere else, and many of them started dipping their toes in industrial,” he said.

But Faropoint wasn’t concerned that other players were trying to buy in the market, because it has something a lot of others don’t. It has relationships.

“If you are an office investor in one of the large metros in the U.S. and you decide to start looking at industrial, you don’t have the infrastructure in terms of local teams, local presence, asset managers, property managers, engineers and analysts. And especially not the relationships with all the local brokers.”

The Kushner Cos. deal was brokered by JLL. Marc​ Duval, managing director at JLL Capital Markets, was impressed and said he’s eager to build the relationship.

“Working with Faropoint was a pleasure, and incredibly efficient,” he said. “We were impressed with Faropoint’s execution capabilities and the speed at which they operate, which enabled the transaction to close within 39 days.

“We look forward to continuing to collaborate with Faropoint as they move forward with their ambitious national expansion strategy.”

Ron said these types of relationships are a big part of how Faropoint scores the deals it gets.

The company has established itself as a buyer of means and a quick closer by pursuing mostly one-off transactions, he said. It doesn’t go after the widely marketed deals. Rather, it gets the call that someone is ready to sell their off-market infill property.

“We have longstanding relationships with many brokers that know our investment criteria,” Ron said. “And, when they get a call from someone that is looking to unload, I get the first phone call.

“That’s the majority of our business.”