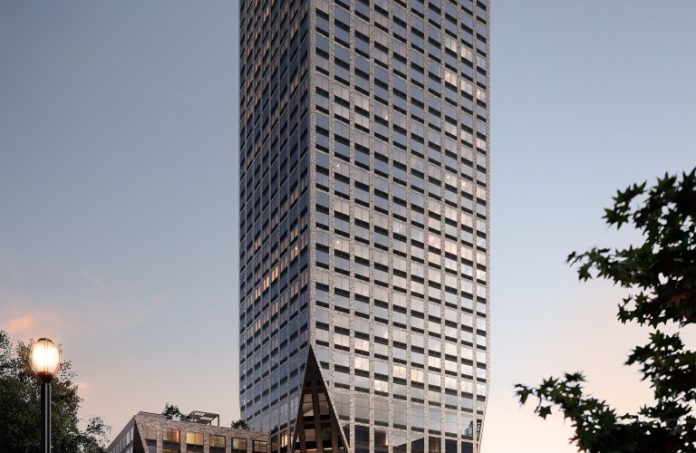 The new luxury rental building in Jersey City’s downtown Powerhouse Arts District, 351 Marin, has soared through the holiday season and into the new year without missing a beat. Just three months after leasing launched for its 507 apartments, more than 400 leases have been signed, setting the stage for an unprecedented lease-up and further cementing Jersey City’s place among the most sought-after residential destinations in the region.

The 38-story tower, which also features state-of-the-art indoor and outdoor amenities, an onsite café and a public plaza, was developed by Kushner Real Estate Group and Northwestern Mutual just steps from the Grove Street PATH station and surrounded by dining, culture and nightlife.

“Achieving this level of leasing velocity is a testament to the enormous appeal of 351 Marin, its location and the overall lifestyle offering available here,” said Jonathan Kushner, president of KRE Group. “It also speaks to the current mindset of residents amidst the ongoing COVID landscape who are no longer leaving city settings, but are once again embracing the convenience, culture, nightlife and energy of Downtown Jersey City.”

A mix of studio, one- and two-bedroom apartments are currently available, with monthly rents for studio homes starting from $2,970, according to the Marketing Directors, the building’s exclusive leasing and marketing agent. Limited time incentives include up to two months’ free rent. Immediate occupancy is available.

Designed by Hollwich Kushner and HLW Architects, 351 Marin features a distinctively angled base that creates a dramatic backdrop to a lushly landscaped, 4,500-square-foot plaza and free-standing pavilion. The façade rises to a geometric crown that stands out among the Jersey City skyline and harkens to the triangular forms 38 stories below on the public plaza.