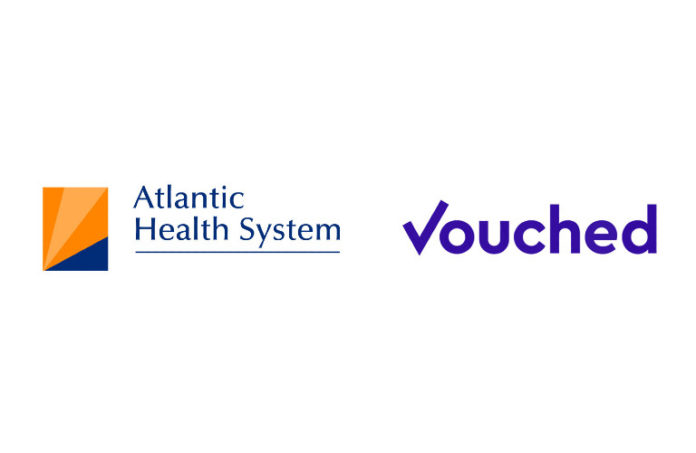 Atlantic Health System boasts of being the first to launch digital vaccine cards in New Jersey. Others followed quickly behind — finding their own feats to flaunt.

For the system and others, it was a taste of finally overcoming some of the more old-fashioned components of the regulations-sensitive and sometimes innovation-adverse health care space.

There’s a common thread now … and that’s that they’re all racing to do much more of it.

As Benjamin Maisano, vice president, chief digital and innovation officer for Atlantic Health System, puts it: They’re interested in meeting entrepreneurs where they are.

The evidence can be found in Atlantic Health System’s Venture Studio, where the organization is hoping to foster, advise and even find investments for startups. Speaking of his own health care system, Maisano now uses words like “agile,” a descriptor he’ll admit hasn’t always been apt for health networks.

“We’re finding dot-connectors, mapping our problems and looking at solutions out in the market,” he said.

A recent example of that is Atlantic’s announcement last month that it would be partnering with Seattle startup Vouched on a better alternative to the lengthy in-person registration process at health care settings. Activation of a health care account isn’t as simple as creating usernames and passwords, Maisano said. There’s a required identity screening process that has proved complicated.

Using Vouched’s advanced AI system, they’re now able to automatically verify patients’ information and allow them to self-register accounts outside of a facility. The end goal is to remove enough of the formerly cumbersome process that a patient put on an ambulance to their health facilities can be identified within seconds and passed off to doctors.

“The idea is that you don’t show up at an airport and then get the Delta or United app there,” Maisano said. “You start off with scheduling and get all the access digitally yourself first.”

The concept of a “digital front door,” as Maisano called it, also takes monotonous work off of hospital staff’s plate. No more manually typing in information, asking to repeat spellings of last names.

It’s part of the system’s larger goal — and it’s one shared by more and more New Jersey health systems — of leveraging touchless technologies and digital app development to remove barriers in the patient experience.

It goes without saying that a lot of the impetus for that was the pandemic, which Holy Name CEO Michael Maron said has created a new pace for health technology adoption at health systems.

“The silver lining for us in the necessity the pandemic created was the acceleration of the whole digital component of health care,” he said. “We’ve made really worthwhile investments in technology that was once slow to be accepted in health care, like telemedicine.”

Holy Name was also spurred on by early work in the area of digital vaccine cards. Maron has taken pride in his organization’s status as the largest independent vaccine site in the state. It vaccinated, without state support, well over 300,000 people.

Maron posed the question, rhetorically: What allowed it to do that?

The answer, he said, is software development.

Shooting crumpled-paper basketballs into trash bin hoops might not be enough to alleviate Holy Name CEO Michael Maron’s frustrations, but he sounds about ready to try it.

He’s no fan at all of paper in hospice care.

To be more exact, he’s fed up with the clumsiness of lengthy forms relied on to spell out one’s decisions about what to do when someone is in danger of dying and is unable to make decisions about continued care for themselves — advance directives, as they’re referred to.

They’re meant to communicate to doctors — as well as to convey to surviving family members — what the wishes of someone are when they’re receiving end-of-life care.

“But the paper systems fail miserably at that,” Maron said. “People show up and no one knows whether they had an advance directive or not because it’s buried in a file somewhere. It’s not easily retrievable. And, when you do get it, often there is a lot of debate because it’s an emotional time.”

That’s why, at hospice programs such as Holy Name’s 20-bed Villa Marie Claire residential hospice in Saddle River, individuals are being encouraged to create these plans on new digital platforms. The organization has also promoted the ability for someone to include videos to accompany advance directives.

“This makes the expression of their end-of-life wishes extremely more impactful for friends and family, being able to hear inflection and see emotion on their face,” Maron said. “The message is a lot clearer and … helps quite a bit in getting people’s wishes honored.”

“And we think this will make a big, big difference in terms of the overall effect of how we as a society deal with end-of-life care,” he said.

“As it became clear that this would become a normal event for people, with people being vaccinated every six months or every year, and with airlines and restaurants asking to see it, we realized we needed to encrypt it more,” he said. “And I expect that, as this digitized, drive-thru process becomes better and more convenient, people will get flu shots and other vaccines and tests this way, too.”

Hence why Holy Name became one of the first health care organizations anywhere to pair up with an international security firm to produce forgery-proof vaccine records. Maron said the Swiss firm it teamed up with offered the armor of a blockchain-like technology that could encrypt sensitive health information. That partnership is being extended into medical records and prescription information, as well.

Holy Name is also getting into the startup arena. It recently launched Paix Technology, a software and app development company. Paix, which is French for “peace,” was used to spin off the institution’s work on vaccine software and is also developing other systems, such as touchless food ordering for health care patients and staff.

“As we continue to enhance all of our services, we see an opportunity in the market to be able to sell these smaller pieces and modules to gain revenue that we can then plow back into more accelerated development,” Maron said. “We’re optimistic that we’ll see some incredible output of stuff going forward.”

Holy Name’s new endeavor also involves a touchless registration system that can monitor the whereabouts of patients in their facilities.

“Because of the contagiousness and transmission rates of (COVID-19), it helps to know the limitations of people coming in,” he said. “We see that as having long-term changes in our workflow. … So much that’s happening right now is going to be changing how we interact with our community.”

John Baird, CEO and co-founder of Vouched, compared what was happening in health care to how fintech has digitally taken people from unbanked to banked.

Health care system leaders are, in a similar way, now empowering their organizations to come up with digital solutions that are intuitive, more efficient and more easily accessible — but also as secure as is required for the industry.

“We also want to get better, and, by partnering with an organization with knowledge in health care, we’re better understanding who patients are and how we can provide benefits to them and the health system,” he said. “That’s where they have expertise. By working together, we can really improve the patient experience.”

That’s all set to get underway, thanks to a fresh willingness Maisano alluded to at health systems to collaborate with forward thinkers who aren’t afraid to fail — especially if it means a better experience for patients in the end.

“We want to really double-down and get in the ring with the entrepreneurs,” Maisano said. “It’s about experimenting, and being able to safely experiment and safely fail, and try something else. That mindset is not always so organic in a lot of large hospitals and health care systems. (But) it’s a mindset we want to have.”

Health care institution unlike any other: Deborah Heart and Lung Center...