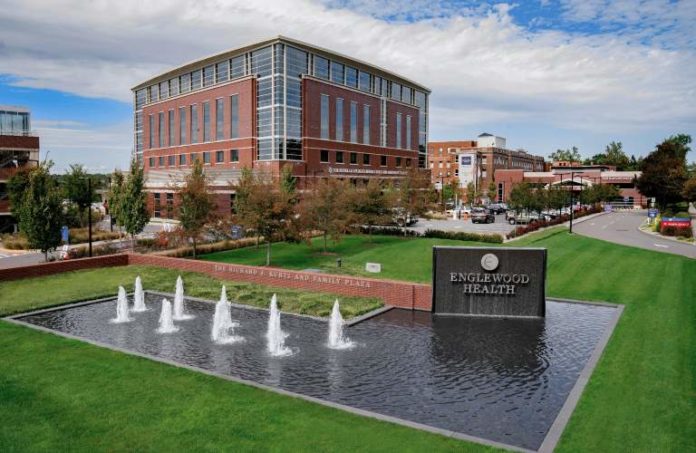 Englewood Health was about as early as early adopters get when it chanced becoming one of the country’s first hospitals to offer a novel method of replacing heart valves. A full 10 years later, you can’t say the recognition came early — but, for this North Jersey hospital, it’s right on time.

The Bergen County hospital announced at the start of February that it was among just three hospitals in the state, and 70 in the country, to earn recognition from the American College of Cardiology for accomplishments in the hospital’s Structural Heart and Valve Program.

Dr. Ramin Hastings, medical director of the program, said one of the flagship procedures for this field of medicine is the transcatheter aortic valve replacement, or TAVR. In the northern half of the state, the institution can boast of locally introducing the minimally invasive heart valve replacement procedure.

“It’s a transformative technology, I would say one of the best advances in medicine in the past 10 to 20 years,” he said. “It has drastically improved recovery time for these patients. What once took a week in the hospital and a month of recovery now is something that can be done with people home the next day with minimal recovery needed.”

Hastings explained the complicated operation involves the insertion of a valve meant to replace a diseased heart valve — once done only through the intensive open-heart surgery — through a patient’s leg artery.

The technique is employed in treating patients whose heart valves have narrowed or stiffened, a condition called aortic stenosis.

“It’s one of the most common valvular heart diseases that develops as we age,” Hastings said. “The standard of care for it was open-heart surgery, but there were patients who were elderly, possibly in their 90s, or with other health problems — and they would probably have a hard time recovering from open-heart surgery.”

As with just about any disease that primarily affects the elderly, the volume of aortic stenosis patients hospitals are seeing is only increasing. About a quarter of New Jersey’s population will be 60 and older by the year 2030, according to U.S. Census Bureau estimates. That’s a 30% jump from when Englewood Health deployed this novel procedure in 2012.

“As populations age, and we do have a large elderly population in New Jersey, we anticipate there will be continued need to perform more of these procedures moving forward,” he said.

TAVR, however, is quickly becoming a new standard of practice in this area of heart health. It’s now offered to all patients, even those lower-risk than an elderly patient for whom open-heart surgery might not be recommended. It’s also being used for a wider array of valvular heart conditions.

And the multidisciplinary team that performs these procedures at Englewood has observed a high success rate in patients — even better than the national average, according to the organization. The hospital, after adopting TAVR the year following its 2011 FDA approval, has administered it to more than 1,000 patients.

Helene Wolk, senior vice president and chief operating officer at Englewood, said the hospital’s early adoption, and the work of its cardiovascular care team, has paid off.

“It has made a real difference for our community,” she said. “We’re really proud of our team, which really carries the torch here. And it’s really a team sport, with (TAVR) involving about 10 different disciplines. Our team has really come together and shown endless commitment to care for patients close to home, which has taken them over the edge in receiving this prestigious accreditation.”

Hastings said the award of the American College of Cardiology’s Transcatheter Valve Certification came after a long evaluation process of Englewood’s program and its use of this novel procedure, and that it met all the sought-after high standards.

“We’re proud of that,” Hastings said. “It took a lot of hard work for us to get the program to the point where the program could be certified. This certification is basically geared toward having quality outcomes. And we stand by our quality.”