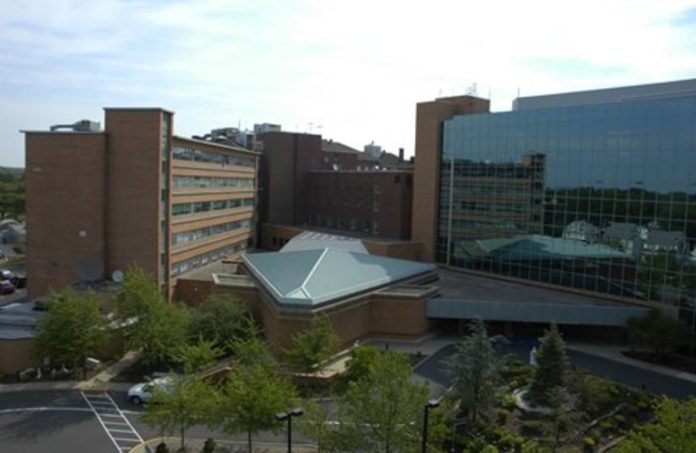 Sixty percent. That’s how large a chunk of an individual’s health, according to New Jersey hospital leaders, is determined well before they seek health care services.

“As an example, so much of an individual’s health is dependent on whether a patient has a job, a house, if they can access medication, whether they live in an area where there’s high crime, the food they eat,” Ratcliffe said.

But the view at Saint Peter’s is that there is a lot more that could be going on inside hospitals and health systems to address those outside factors.

It’s one of the calling cards of Saint Peter’s University Hospital, a member of Saint Peter’s Healthcare System, which has been recognized by organizations such as the New Jersey Hospital Association for its efforts to make community outreach and take on so-called social determinants.

The state’s health care community as a whole is much more focused on what affects patients in their life before and after hospital visits. The trend is toward speaking in terms of social determinants and raising awareness, said Ishani Ved, director of transformational population health and outcomes at Saint Peter’s.

“We know we can’t look at patients and say, ‘Why aren’t you taking your diabetes medication?’” she said. “It could be a tough decision for that patient, which might be between taking their medication or feeding their family.”

The health-linked stresses suffered most often by those in underserved communities became a glaring issue as soon as the pandemic swept the country, Ratcliffe said.

“When you look at who were impacted, it was the underserved: people of color, people with no insurance, those who needed housing and employment assistance,” she said. “That all played a major role in who got sick and survived.”

Using analytics-driven technologies, Ratcliffe said it’s possible for health care entities to better track the patient population they serve. The idea is that, if they know more about the barriers those in their community face, they can help remove them — and so get better health outcomes.

That might mean simply helping patients with bus routes if they lack the transportation required to get to appointments or pick up prescriptions, or pairing up with community organizations that serve meals to those in need, or pointing patients toward child care assistance programs.

To that end, Saint Peter’s launched a pilot study with around 130 patients in its family health center to experiment with how it might be able to screen patients for needs related to social determinants and identify benefits they could avail themselves of.

“Some of the things we’re finding: A lot of our patients have a lack of housing, they live in a two-bedroom environment with 10 people living there,” Ratcliffe said. “Or they could be living day-to-day with someone else, moving from one apartment to the next.”

Of the pilot study, Ved admits it’s a limited sample size. There’s no getting past it: Even at a health center as committed to addressing social determinants as Saint Peter’s, the work has just begun.

But, don’t judge the hospital system’s ambitions on a small start.

“As we move forward to help more of our patients in the future, this is something we not only want to do in our outpatient setting, but really expanding it to all patients gradually,” Ved said. “We have high hopes for what kind of impacts it can have in our community, and how it could help close gaps.”